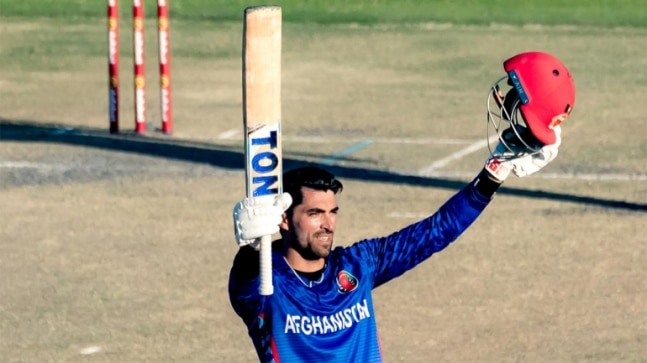 On Monday, Ibrahim Zadran scored his maiden ODI century and guided Afghanistan to a comprehensive eight-wicket victory at the Harare Sports Club,

The Young Turk stayed unbeaten on 120 off 138 balls with 16 fours as the visitors chased 230 down with 33 balls to spare at the Harare Sports Club. Zadran and veteran Rahmat Shah stitched together a partnership of 195 runs for the second wicket and helped their team cruise to victory.

Shah scored 94 in the first ODI and he backed it up with an 88-run knock with nine fours. It was also the second century partnership that Shah was involved in during the series.

Zadran and Shah took charge after Blessing Muzarabani got rid of the hard-hitting Rahmanullah Gurbaz in the third over of Afghanistan’s run-chase.

“The wicket was much better for batting today and I decided that I would play my natural game. I really enjoy batting with Rahmat Shah. I can play my shots with him around me,” Zadran said after he won the Player of the Match award.

Fareed Ahmad was the pick of the bowlers for the Afghans with three crucial scalps. Fazalhaq Farooqi, Mohammad Nabi and Rashid Khan got two wickets apiece.

The third and final ODI is scheduled to take place on Thursday, June 9.