HomeSportAaron Finch hints at T20I retirement for himself and aging teammates post...
Sport

Aaron Finch hints at T20I retirement for himself and aging teammates post 2022 World Cup: Might be a full stop

Australia’s white-ball captain Aaron Finch has hinted that he and a few of his aging teammates could retire from T20Is after this year’s World Cup. 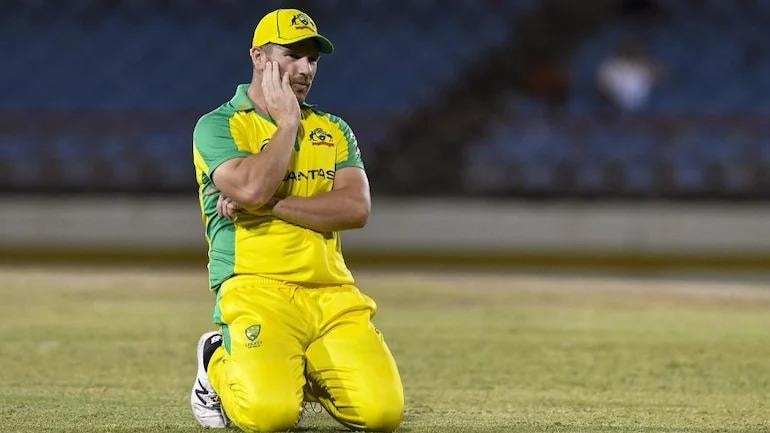 Australia’s white-ball captain Aaron Finch has hinted at T20I retirement for himself and a few of his aging teammates after the 2022 World Cup.

This year’s edition, which takes place during October-November, will see Australia defending their crown in front of their home crowd.

The tournament could prove to be the last one for a few of the Aussie stars. Matthew Wade, who was the team’s hero during the last edition, has already said that he would be stepping down from international duties after the tournament.

While talking to cricket.com.au, Finch opened up on the future of some of the aging stars in the squad, including himself. The Australian white-ball captain said it might be a full stop on everything for a few players and the tournament could provide them with a fairytale ending.

“It might be a full stop on everything (several players retiring from T20Is, including him) if it goes to plan like that. Fairy tales can happen in sports. I think, just naturally, when guys get to their mid-30s, it’s going to be that way. Davey (Warner) just keeps going; he could play for another 10 years, I think, with how fit he is and how much he loves the competition and continuing to challenge himself,” said Finch.

Finch said that the T20 World Cup could prove to be an incredibly tough competition and pointed out the example of South Africa from the last edition. Despite winning four games, the Proteas couldn’t qualify for the group stages.

“It’s going to be an incredibly tough competition. We saw how brutal the format is, with South Africa winning four out of their five games at the last World Cup and still not qualifying on net run rate. It’s just so brutal that you do need a bit of luck along the way. So let’s see,” said Finch.

Share
Facebook
Twitter
Pinterest
WhatsApp
Previous articleEuro 2022: Are UEFA and the FA selling women’s football short with smaller capacity stadiums?
Next articleMissing the T20 World Cup 2021 was one of the low points in my career: Lockie Ferguson