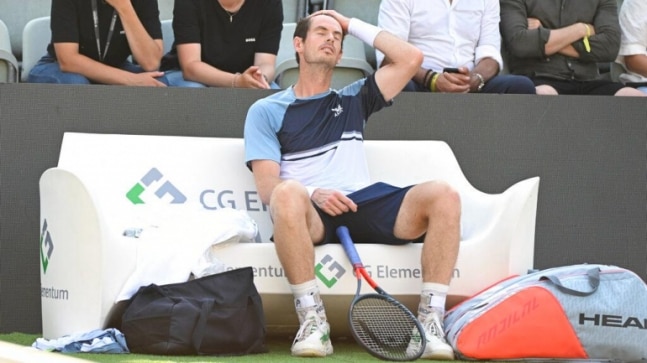 Andy Murray said that he is unsure about the severity of his abdomen issue after losing the Stuttgart Open final to Matteo Berrettini.

Britain’s Murray lost the final 4-6, 7-5, 3-6 on Sunday. The three-time Grand Slam winner twice called the physiotherapist to receive treatment on-court during the match against Italy’s Berrettini.

“I got some pain in my abdomen when I was serving,” Murray, who has endured long injury lay-offs in recent years due to hip surgeries, was quoted as saying.

“Not something I’ve had before. I’ll need to get it checked when I get home.

“This is the most matches I’ve played in two weeks since probably 2016. That’s a really long time. It’s probably normal that I would feel some stuff in my body but I don’t really know the severity of it. Hopefully it’s all right.”

Murray added that it was a frustrating way to end the tournament. His last tour came in 2019 in Antwerp.

“I felt like I was playing well enough to win and I got myself in a really good position going into the third set so a frustrating end to what was a good week.”

The Briton would be looking to recover from the issue early in order to participate in Wimbledon, which begins on June 27.