Poland striker Robert Lewandowski is set to join Barcelona after Bayern Munich reached a verbal agreement with the LaLiga side on a transfer. 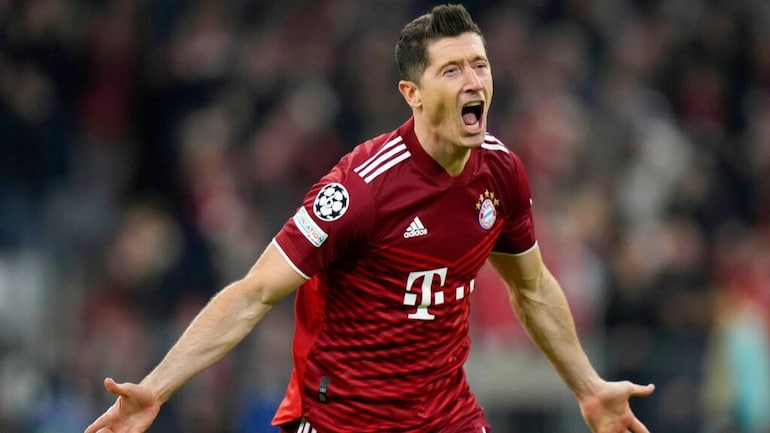 Barcelona have finally reached an agreement with Bayern Munich to sign Poland striker Robert Lewandowski. Lewandowski has been a top target for Barca since the spring when it first emerged that he could be looking to leave the German champions.

Lewandowski has 12 months remaining on his Bayern contract and multiple media reports had said he was expected to sign a three-year deal with the 26-times Spanish champions.

“We have come to a verbal agreement with Barcelona,” Bayern president Herbert Hainer said in a statement.

“It’s good to have clarity for all parties. Robert is an incredible player and he won everything with us. We are incredibly grateful to him.”

Spanish media reported that Barcelona would pay around 45 million euros ($45.4 million) plus another 5 million in add-ons for the striker.

#FCBayern president Herbert #Hainer on Robert #Lewandowski: “We have come to a verbal agreement with Barcelona. It’s good to have clarity for all parties. Robert is an incredible player and he won everything with us. We are incredibly grateful to him.” pic.twitter.com/NvttIyQTRx

Lewandowski joined Bayern in 2014 from Borussia Dortmund and has won the Bundesliga every year since then, as well as the Champions League in 2020.

Named FIFA Best Men’s Player for the second straight year in January, Lewandowski said in May that his history with Bayern was over and he could not imagine staying on with the German champions.

The club were not eager to let the Bundesliga’s second-highest all-time scorer go, but Bayern sports director Hasan Salihamidzic had confirmed Lewandowski did not accept an offer to extend his contract and was looking for new experience elsewhere.

Bayern also announced that German international Serge Gnabry, who had been linked by the British media with a return to the Premier League, had extended his contract until 2026.