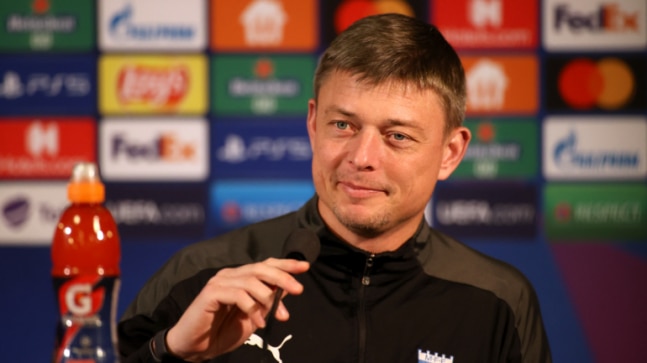 Jon Dahl Tomasson worked as the assistant coach of the Denmark national team between 2016 and 2020.

Blackburn Rovers have appointed Jon Dahl Tomasson as their head coach on a three-year contract. The club put forth the development on Tuesday, June 14.

Tomasson, who is the joint record goal-scorer for Denmark alongside Poul Nielsen with 52 goals, worked as the assistant coach of the Denmark national team between 2016 and 2020.

The 45-year-old former footballer was appointed as the manager of Malmo in 2020 and led the Swedish club to consecutive Allsvenskan titles during his two-year stint with the team.

“Rovers are delighted to announce the appointment of Jon Dahl Tomasson as our new head coach on a contract through to June 2025,” the second-tier club was quoted as saying in a statement.

“The 45-year-old will be joined at Ewood Park by new assistant coach Remy Reynierse and performance director Ben Rosen, who will work closely with coaches David Lowe, Damien Johnson and Ben Benson,” the statement added.

Back in the month of March, Blackburn released Tony Mowbray off his services. Mowbray was released after the club missed out on the Championship play-offs following an eighth-place finish in the points table.

Tomasson was a key member of the Danish football team and he represented a number of youth national teams. Back on August 9, 2010, he decided to bid adieu to professional football. He played 112 matches for Denmark in his illustrious career.

As far as Blackburn is concerned, they won the Premier League way back in the year 1995, and have not played in England’s top-flight since 2012.