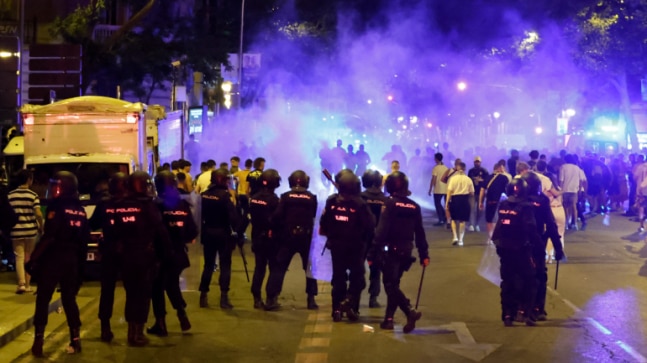 Liverpool CEO Billy Hogan has demanded that UEFA should conduct an investigation into last weekend’s Champions League final between Liverpool and Real Madrid in Paris. UEFA had stated that the Champions League final was delayed by 36 minutes at the Stade de France after thousands of fans were queuing up to enter the iconic venue.

Many fans, who had traveled from England to support, were tear-gassed and pepper-sprayed despite having tickets to the final. Visuals from Paris circulated on social media showed a section of Liverpool fans being pushed away by security officials.

“We at Liverpool have been calling for an investigation into what happened in Paris on Saturday, not a report,” Hogan said on Liverpool’s website on Thursday.

“I think those are two very different things. We’ve written to UEFA again today and we’ve raised specific questions … that we’d like them to clarify around the details of this investigation.

“We just feel it’s incredibly important that we get this investigation going, frankly that we get it launched immediately and that there are clear specifics around the process and how it’s going to work.”

France’s interior minister Gerald Darmanin said that much of the blame lay with Liverpool fans and that 30,000-40,000 arrived without valid tickets, which led to a crowd crush at the stadium and people trying to force their way in.

A report in the New York Times, however, said that only 2,589 counterfeit tickets were intercepted by stewards.

“I spoke to my counterpart at Real Madrid yesterday, who made it clear that their fans also had issues,” Hogan said. “They had major concerns with the matchday operation, including the policing operation around the match.

“My understanding is that Real Madrid are going to be putting some details out across their channels about this as well.

“The pain, the grief, the harm, the hurt … and now to be told by a French minister that only Liverpool fans have been a problem, it’s just disgraceful. Real Madrid have made it clear their fans suffered as well.”