HomeSportDavid de Gea wishes to extend his Manchester United career: If they...
Sport

David de Gea wishes to extend his Manchester United career: If they let me stay, I will stay for sure

David de Gea has been a point of conflict among United fans who have been quite partisan about de Gea’s spot in the United first team. 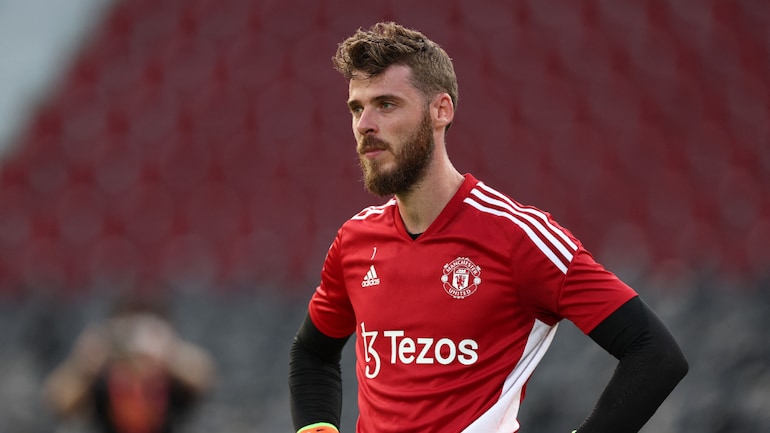 Manchester United goalkeeper David de Gea has said that he wishes to extend his stay at the club, despite the horror run of form last season. The Spanish keeper, who has gone down the pecking order in his national team as well, left the decision up to the club.

Asked about if he would like to end his career at Manchester United, the player affirmed the idea.
“Yeah, if it’s possible,” he told The Guardian. “If they let me stay I will stay, for sure. I’m really comfortable, happy and hopefully before I leave we can win something more.”

De Gea has 12 months left on his contract with a high wage bill of close to 300,000 pounds per week.
“I didn’t talk with anyone yet [about a renewal] but of course,” he says. “Because I want to be here for more years.”

Last season United finished sixth, 35 points behind Manchester City, in a terrible display of defensive set up. While de Gea was targeted by critics, the player has himself been critical of the performances they put up in the Premier League.

“We cannot do the same because it was a disaster. I really hope we’re going to play much better. It was very tough, embarrassing sometimes. Some games were a mess. It was painful, unacceptable. Sometimes, you have to feel pain to go up and keep going.”

This was De Gea’s lowest point at United. “Probably in the way we played,” he says. “The way we conceded chances.”

Asked about if he regretted not moving to Real Madrid back in 2015, de Gea said that he only had Manchester in his mind.

“It’s my home. It’s a privilege, an honour to be in this club. It’s one of the best things in my life. Winning or not winning, just being in this club means more than trophies. Of course, we want to win but representing United is bigger than any trophy.”

Share
Facebook
Twitter
Pinterest
WhatsApp
Previous articleTwo legends, one frame: Brain Lara catches up with Rahul Dravid during India’s 1st ODI vs West Indies
Next articleTim David will be a massive asset if he is in Australia’s squad for T20 World Cup: Ricky Ponting