HomeSportEngland batter Jonny Bairstow commits to all formats amid workload debate: I...
Sport

England batter Jonny Bairstow commits to all formats amid workload debate: I don’t see myself making a choice

England wicket-keeper batter Jonny Bairstow said that he would love to play all formats of the game for as long as he can. 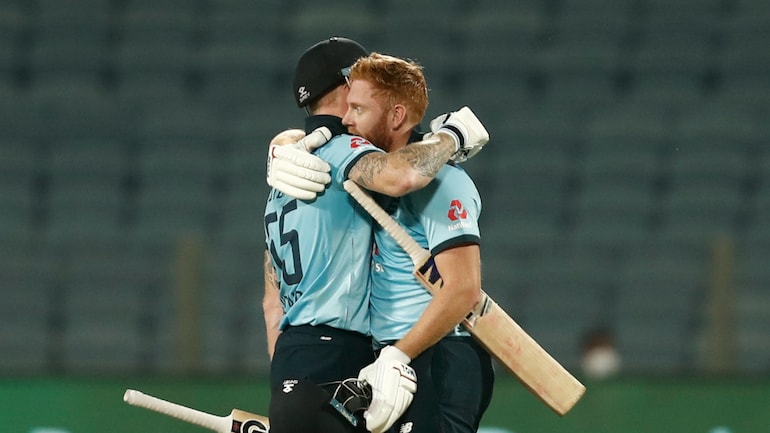 England wicket-keeper batsman Jonny Bairstow has committed himself to all three formats of international cricket, amid the retirement of Ben Stokes. Bairstow, possibly the most in-form batsman in the England squad at the moment, told Sky Cricket that he does not see himself making a choice at the moment and he will be going all out for as long as he can.

“Naturally, there are challenges. But I’ll be trying to play all the formats for as long as possible. There might be a time when, for different reasons, you do have to make a decision, but in the near future, I don’t see myself making a choice. I’ll be going all out for as long as I can.”

Bairstow’s comments come in the background of England Test captain Ben Stokes stating in his retirement speech that it was unsustainable for him to continue playing all three formats with 100 per cent intensity.
Bairstow, however, said that he loved being part of all the squads.

“I’m loving being a part of all three squads. They are all different in themselves, and it is great to be a part of each one. It is exciting. There is a freshness when you go into each one; there are new faces and a new energy because it is a new format,” Bairstow said.

Earlier during India’s Test match against England in the month of July, Jos Buttler had said that he did not see himself returning to the Test side. Many believe that Buttler already has quite a lot on his plate with opening, keeping and captaining in the T20I side, apart from the fact that he is a key player in the ODI side as well.
Bairstow’s statement comes as a breath of fresh air for England fans, who have not seen a full strength England side in all formats of the game for quite some time now.