HomeSportEngland v India: Rohit Sharma is one win away from equalling Ricky...
Sport

England v India: Rohit Sharma is one win away from equalling Ricky Ponting’s record as captain

India’s 49-run win against England in 2nd T20I marked Rohit Sharma’s 19th consecutive win as captain. If India clean sweep the series on Sunday (July 10), then Rohit will be able to equal Ricky Ponting’s record of 20 wins in 2003. 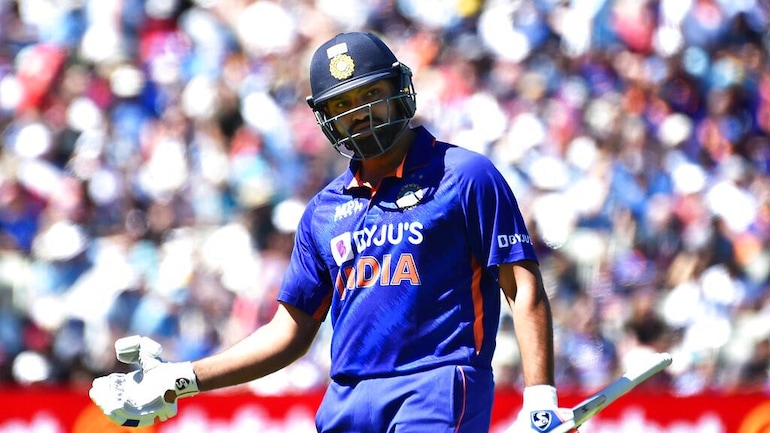 Rohit Sharma is riding high as India captain after the Men in Blue secured the three-match T20I series against England. India defeated England by 49 runs in the second match at Edgbaston to take an unassailable 2-0 lead on Saturday.

The victory marked Rohit’s 19th consecutive win as captain. If India clean sweep the series on Sunday (July 10), then Rohit will be able to equal former Australia captain Ricky Ponting’s record of 20 wins in 2003, the most consecutive victories as captain in men’s international.

Rohit already leads with the record for most consecutive wins as T20I captain. This winning-streak started back in 2019, when he captained India against Bangladesh. Across all formats, Rohit now has 19 consecutive wins as captain, out of which 14 came in T20Is.

The Board of Control for Cricket in India (BCCI) appointed Rohit as white-ball captain after Virat Kohli stepped down as T20I skipper and was sacked as ODI captain last year. Rohit was also handed the responsibility of the Test team after Kohli relinquished the duties in the longest format in January 2022.

Rohit was rested for the home T20I series against South Africa. He returned to the team but missed out on the rescheduled fifth Test against England last week after he was tested positive for Covid-19. In his absence, the BCCI named Jasprit Bumrah to lead the team. England defeated India by seven wickets and squared the five-test match series 2-2.

The BCCI has again rested Rohit, Kohli, Bumrah, Mohammed Shami and Rishabh Pant for the ODI series against West Indies later this month. The Indian cricketing board has named Shikhar Dhawan as captain for the three-match series.