ENG vs SA: Fast bowler Brydon Carse injured his toe during the first ODI in Chester-le-Street after he didn’t take part in the second match on Friday. 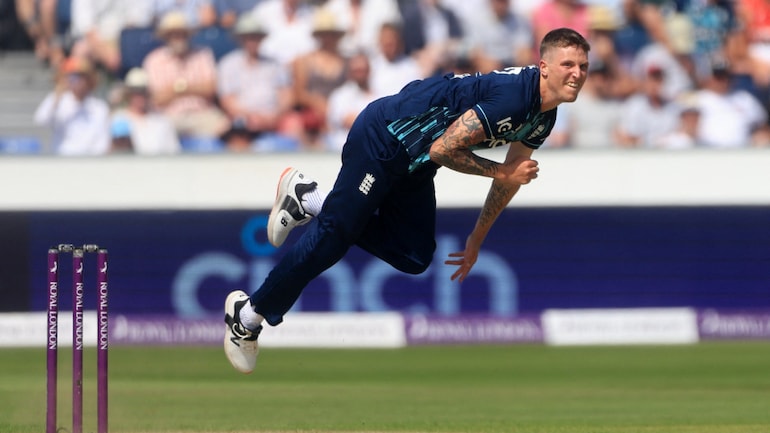 England fast bowler Brydon Carse has been ruled out of the third and final ODI against South Africa to be played on Sunday, June 24 at Headingley in Leeds.

The speedster injured his right big toe during the Three Lions’ opening match on Tuesday, July 19 at The Riverside Ground in Chester-le-Street.

On Saturday morning, the 26-year-old Carse left the British squad and his condition will be assessed over the next week.

Carse and Matthew Potts didn’t play in the second ODI on Friday, July 22 at Old Trafford in Manchester and were replaced by David Willey and Reece Topley.

Carse played the first ODI where he scored 14 runs and picked up the all-important wicket of Heinrich Klaasen.

England started the series with a 62-run defeat on Ben Stokes’s farewell, but made a stupendous comeback. Jos Buttler and Co. won the 29-over rain-curtailed match by 118 runs and drew level in the three-match series.

Sam Curran became the Player of the Match after he scored a quickfire 18-ball 35 with two fours and three sixes and picked up the crucial wicket of David Miller.

After being sent in to bat first, England were bowled out for 201 in 28.1 overs. Liam Livingstone top-scored for them with a 26-ball knock of 38.

Dwaine Pretorius, who had replaced Andile Phehlukwayo in the first ODI as a concussion substitute, picked up four wickets.

Thereafter, the hosts bowled South Africa out for 83 in 20.4 overs. While Adil Rashid picked up three wickets, Moeen Ali and Topley accounted for two scalps each.