Persistent rain washed out the deciding third ODI between England and South Africa in Leeds, with the series honours shared 1-1. 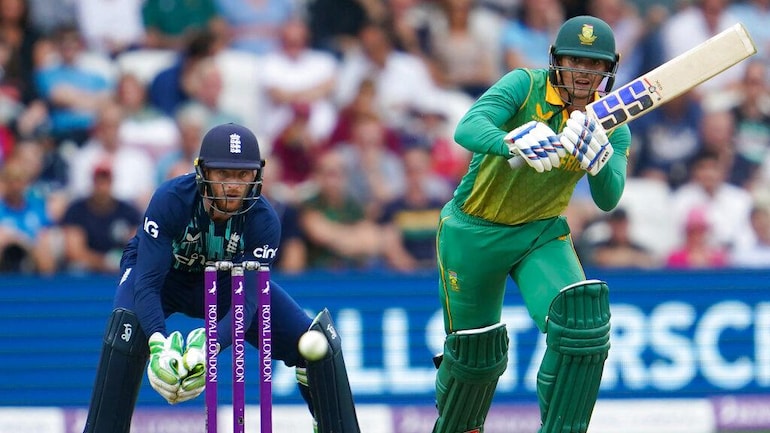 Quinton de Kock’s unbeaten 92-run knock went in vain as persistent rain washed out the deciding third and final ODI between England and South Africa in Leeds, with the series honours shared 1-1.

South Africa had won the first ODI in England after posting the highest total in the country in ODIs. In the second, the tables were reversed as they succumbed to 83 all out, their joint-lowest total in England. With the series in the balance, there was all to play for in the decider, but sadly it was not to be as the weather decided to spoil the party.

South Africa had opted to bat first at Headingley and despite the early movement with the new ball, England couldn’t make inroads like in the previous game. While Janneman Malan edged one to a backward point, Quinton de Kock and Rassie van der Dussen rebuilt in a positive manner.

De Kock hit three fours off David Willey in the 8th over to go into fifth gear and never relented since, racing past his half-century and into the nineties when the rain stopped play for the second time. What could have been his 18th ODI hundred was not to be as he remained unbeaten on 92 not out when the game was called off. South Africa were 159/2 from 27.4 overs.