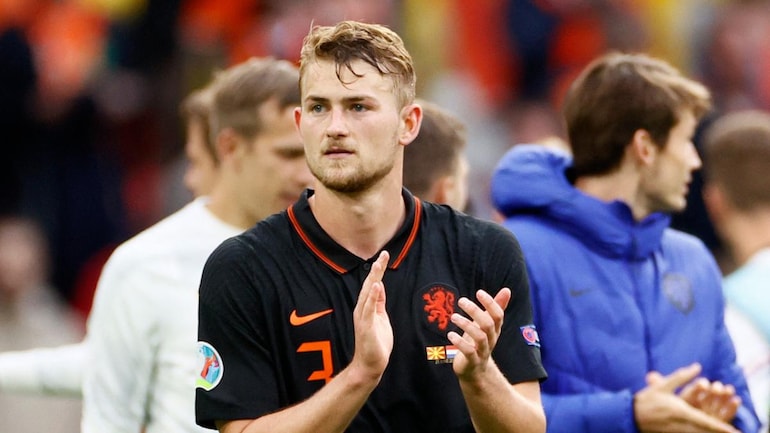 Matthijs de Ligt during a match for The Netherlands. (Courtesy: AFP)

FC Bayern Munich have signed Juventus defender Matthijs de Ligt on a five year deal, that will bind him to the club till June 30, 2027. The 22-year-old Dutch defender, who was an inspirational figure in the Ajax dressing room during their Champions League run in 2018/19, had several European giants after his signature.

Speaking about the signing, Bayern president Herbert Hainer said that the defender was a top target for them.
“Matthijs de Ligt was a top target for us. With signings like this, the big aims that we have are achievable. The future face of our team is increasingly taking shape, and this transfer is an important building block in the overall concept that we’re gradually putting into place. De Ligt should become a mainstay at FC Bayern.”

Reuters reported that the player has been signed by Bayern on a hefty transfer fee of 67 million euros.

De Ligt, who has always been highly rated since his Ajax days, has been an early starter. Just at the age of 22, the defender has over 100 caps for Ajax, has already won the Serie A with Juventus among other titles.

Bayern Munich legend and one of the finest goal keepers of all time, Oliver Kahn, reacted with joy after the deal was completed and said that de Ligt has already learned to take a lot of responsibility at a very young age. The FC Bayern CEO further added that the club will be raising the level of their defence straight to the top after this signing.

“Matthijs de Ligt has impressed at the highest international level, not just with his technical qualities but also as a character who leads in all his teams. At his young age he’s already learned about taking responsibility. A strong team doesn’t just require a strong attack, and with this signing we’re really raising our defence to the top level.”

This is Bayern’s second major signing after Sadio Mane, who arrived at the club from Liverpool. In total, Bayern have added eight new members to their team ahead of the new season.