French Open 2022: Sania Mirza’s campaign at the Roland Garros came to an early end as she and her Czech partner Lucie Hradecka were ousted in the women’s doubles third-round on Tuesday. 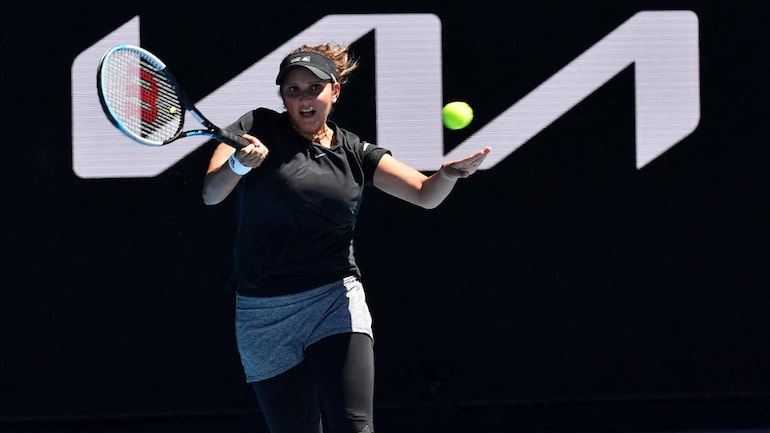 World No. 25 Sania Mirza’s campaign at French Open 2022 came to an early end as she and her Czech partner Lucie Hradecka were ousted in the women’s doubles third-round match on Tuesday, May 31. Sania had earlier lost her mixed doubles second-round match along with Ivan Dodig.

Sania and Hradecka, experienced campaigners on the tour, on Tuesday lost to American singles players Coco Gauff and Jessica Pegula 4-6, 3-6 despite putting up a strong fight. In fact, Gauff had headed to play the doubles match after winning her women’s singles quarter-final against compatriot Sloane Stephens earlier in the day.

Sania was impressive with her lower and angled forehands while Hradecka’s power-packed backhand hitting from the baseline was a treat to watch but the Americans got those crucial points that dictated the outcome of the match.

Sania and Hradecka were down 3-5 in the opening set but Gauff, while serving for the set, committed a double fault to hand a break chance.

However, the indo-Czech pair did not capitalise on the opportunity as a couple of errors proved costly in the 10th game of the first set.

Sania and Hradecka made a strong comeback in the second set by breaking the serve of Pegula in the opening game. Sania then made it 2-0 with an easy hold.

However, Gauff and Pegula stormed back to make it 2-2 before continuing to dominate the set and storm into the quarter-finals.

Rohan Bopanna is keeping India’s campaign alive at Roland Garros as the 42-year-old stormed into his first semi-final in men’s doubles at the clay-court Grand Slam along with his Dutch partner Matwe Middelkoop.