Novak Djokovic’s title defence at the French Open came to an end after losing to Rafael Nadal 2-6, 6-4, 2-6, 6-7(7) in the quarter-final match that lasted four hours and 12 minutes. 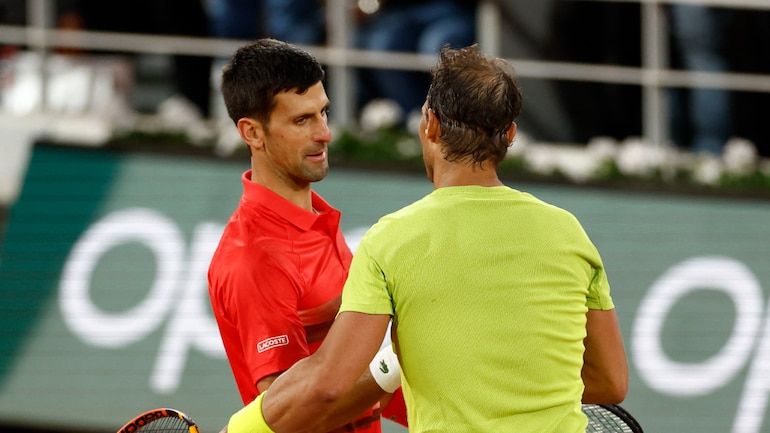 World No.1 Novak Djokovic had no qualms in accepting that he lost the French Open quarter-final match to “better player” Rafael Nadal on Wednesday (June 1, IST).

The Serb added that he was proud of the fight he put up against the ‘Clay King’ Nadal. Djokovic’s title defence came to an end after losing to the Spaniard 2-6, 6-4, 2-6, 6-7(7) in a match that lasted four hours and 12 minutes.

“I gave my best,” Djokovic said after the match. “I know I could have played better. I’m proud of fighting and staying till the last shot.

“I lost to a better player today. Had my chances. Didn’t use them. That’s it. You know, over four hours’ battle, and I have to accept this defeat.”

Started in May.
Ended in June. pic.twitter.com/3wsFUEriOi

Djokovic conceded an early break to Nadal in each of the first three sets and had two set points in the fourth. However, Nadal knocked out the defending champion Djokovic in the tiebreaker.

The World No.1 also congratulated Nadal on his win, saying he was not surprised by the Spaniard’s physical fitness during the marathon battle under the lights.

“I had my chances. Just one or two shots. Could have taken me into a fifth. Then it’s really anybody’s match. But again, he showed why he’s a great champion. Staying there mentally tough and finishing the match the way he did. Congrats to him and his team. No doubt he deserved it,” Djokovic said.

Share
Facebook
Twitter
Pinterest
WhatsApp
Previous articleSee you in 2 days: Rafael Nadal guarded about Roland Garros future after knocking out Novak Djokovic
Next articleCarlos Alcaraz believes he is ‘not far away’ from winning a Grand Slam despite French Open disappointment