Game has never been just about money: Pens Sourav Ganguly after the completion of IPL media rights auction 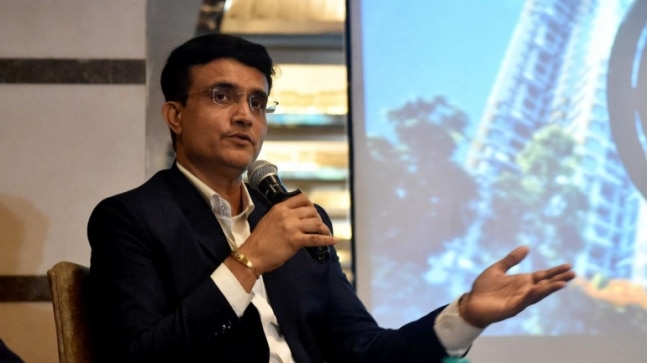 An elated Sourav Ganguly took to Twitter to express his joy after the astronomical sales of the Indian Premier League media rights on Tuesday, 14 June. The auctions turned IPL into one of the most valued sports commodities in the world, making it a $6 billion industry. As IPL push limits that many did not think was possible, Ganguly reminded everyone that the game was not all about money.

The former Indian captain and the current head of the Board of Control for Cricket in India said that this would be a good motivation for young players to perform better and in turn will be beneficial for the Indian team.

“The game has never been just about money..it’s about talent. The IPL e auction just showed how strong the game is in our country. The numbers should be the biggest motivation for all the young players to take their ability and Team India to the highest level. This will create infrastructure to make the best players in the world,” Ganguly wrote in a series of tweets.

“The game is a religion in this country. My special congratulations to all the players in the last 50 yrs, administrators, when the game had nothing, and above all the fans and supporters who just turn up in numbers in Stadiums and in front of tv sets,” he further continued.

He congratulated his colleagues at the BCCI for hours of planning for the auction process. He extended his gratitude to the broadcasting networks for having faith in the growth of the league.

“Congratulations to Star, Viacom, Times internet for putting their might in getting the auction to new heights. Indian cricket fans you make this happen @JayShah,” Ganguly concluded.

Secretary Jay Shah earlier spoke to news agency PTI and stated that the BCCI has already asked ICC for a two and a half month window going forward. There were speculations that the IPL will be expanded in the future, and it was confirmed in the auction with a BCCI clause that said that the IPL could be a 94-game tournament in the next five years.

Shah further stated that they will make the women’s IPL happen from next year which will be a big boost for cricket in the country.

World No. 1 Iga Swiatek after crashing out of Wimbledon: Didn’t play good tennis, was confused about my tactics

If they want to boo, they can do that: Max Verstappen bullish ahead of Silverstone Grand Prix

Mitchell Starc on skipping IPL and BBL: I will always keep Australian cricket over franchise cricket

World No. 1 Iga Swiatek after crashing out of Wimbledon: Didn’t play good tennis, was confused about my tactics

If they want to boo, they can do that: Max Verstappen bullish ahead of Silverstone Grand Prix

Mitchell Starc on skipping IPL and BBL: I will always keep Australian cricket over franchise cricket

I got the job by mistake: Ravi Shastri backs Rahul Dravid to take India to greater heights under his tenure