He’s got some credit for what he has done for England: Dominic Cork defends Eoin Morgan over terrible form 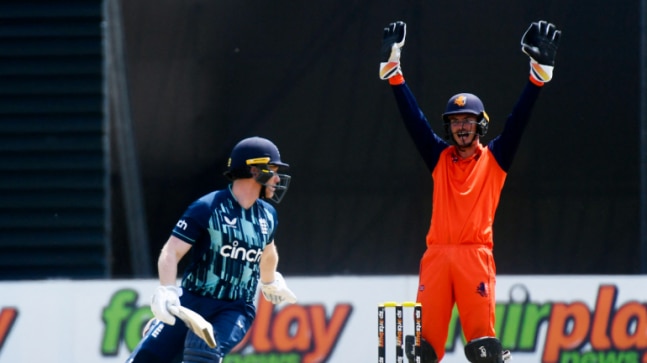 Eoin Morgan has scored consecutive ducks against Netherlands. He has been out of form for quite some time now and has not shown signs of improvement.

England’s white-ball squad keep pushing the boundaries every time the side takes the field. One of the most revolutionary sides in the limited-overs format, England changed their approach after their group stage exit in the 2015 World Cup in Australia. Since then, they have been under the leadership of Eoin Morgan, who took them to the finals of two World Cups, winning one of them in 2019 at Lord’s.

England even walked into the 2021 edition of the T20 World Cup as favourites but lost in the semi-final of the tournament.

The team still has a very strong side, however, their captain’s off-form has been a point of concern for quite a while now. Morgan’s last ODI century came almost two years back in 2020. His last half-century in the T20I format was in 2020 as well.

The horror patch of form saw IPL franchise Kolkata Knight Riders parting ways from the legendary captain and questions have started rising in the world of cricket about his role in the national team as well.

However, former England international Dominic Cork is of the belief that Morgan can be given a longer rope due to his work for England cricket.

“It is not easy to not be playing a lot of world cricket at the moment, whether it be franchise cricket, and come back in. He just needs a knock that’s all it is. Let’s wait and see where we are in six, eight months’ time,” Cork added.

England will be playing a series of matches against India, South Africa and Australia before heading into the World Cup campaign.