Indian javelin thrower Neeraj Chopra revealed that he picked up a groin injury in his fourth throw at the final of the Athletics Championship. The injury stopped him from giving his 100 per cent in the final two throws. 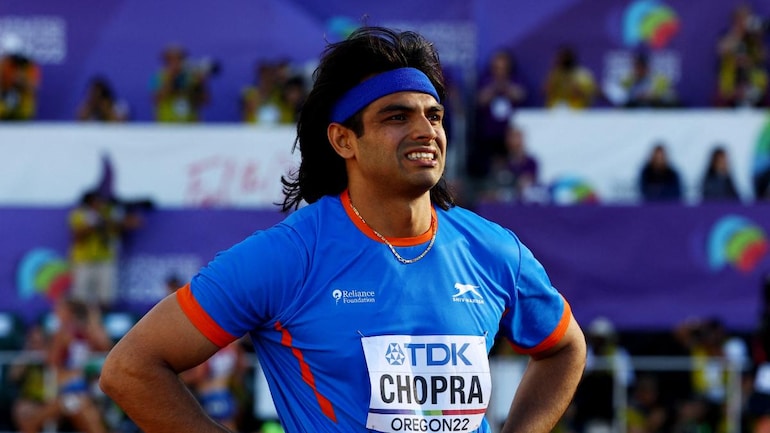 Olympic champion and silver medallist at the World Athletics Championship, Neeraj Chopra said that he has picked up a groin injury in the final of the Championship. Speaking exclusively to India Today, he said that during his fourth attempt, he felt pain in his groin and could not give his 100 per cent in the final two throws. Neeraj’s fourth attempt, which won him the silver medal, was measured at 88.13 metres, slightly behind Grenadian athlete Anderson Peters who won the gold medal in the event.

The injury puts questions on Neeraj’s participation for the Commonwealth Games, scheduled to be held later this month.

Chopra although said that the injury was still to be assessed and he hoped that it would not be an issue for the CWG games.

“I will have a check up in the morning and then we will get to know what the injury is. I am hoping that this would not be an issue going into the Commonwealth Games.”

He said that the conditions were quite different which for him was a learning opportunity.

“It was quite windy today, and it was a new experience for me inside the stadium. But I kept improving my throws throughout, but during the fourth throw, I felt pain in my groin, so I could not give everything in the last couple of throws. But I am happy with what I have done. I have learned new things during the competition, and it was a good experience overall,” he further added.

Asked about breaching the 90m mark in the event, Neeraj said that he has left it up to fate now, having consistently come close to breaching it in all the competitions.

“I started my training a little late after the Olympics. I worked on my release angles and I utilised my time well. The good thing is that the throws this year have been very consistent. Yes, the 90m mark has not been breached yet, but I am very close to it. I am feeling in every competition that yes, it will happen this time. I have left it up to fate now, if it comes, it will come one day, I just need to be consistent,” he concluded the interview.