Under Shreyas Iyer’s captaincy, KKR finished 7th in the IPL 2022. He previously inspired Delhi Capitals to the finals of IPL 2020 and playoffs during the 2019 season. 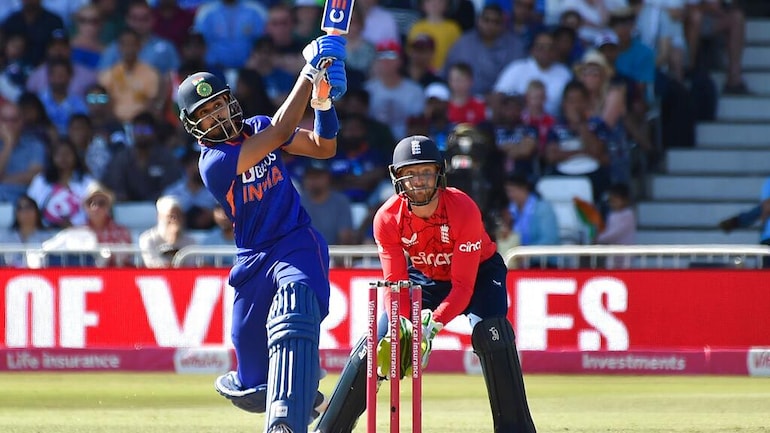 Former New Zealand cricketer Scott Styris feels that Shreyas Iyer has a “real possibility” to become captain of the India team and wants the think tank to give the top-order batter “more and more opportunities” to be in the national squad.

The 27-year-old Iyer led IPL franchise Kolkata Knight Riders (KKR) for the first time in the 2022 season. Under his captaincy, KKR finished seventh in the 10-team tournament. However, Iyer had previously guided Delhi Capitals to the playoffs in the 2019 season and the team’s maiden IPL final in the 2020 edition.

“What I really like about Shreyas Iyer is the leadership qualities that he possesses. I think he’s a real possibility to be a captain as well for India,” said Styris while speaking on SPORTS18’s show ‘SPORTS OVER THE TOP’.

“For that reason, I would like to see him in and even give him more and more opportunities to be around this squad.”

Styris also highlighted Iyer’s current form and said that his issues with the short ball are no secret. The former cricketer compared Iyer with Suresh Raina and said that opponents know where to attack Iyer.

Iyer had poor outings during India’s tour of England. He managed to score only 15 and 19 during the Birmingham Test, which England won by seven wickets. Iyer also struggled in a T20I match against England before being sidelined for the ODI series.

“What I don’t like, the negative if you like, is that there is no secret about Shreyas. He has real problems with the short ball. I think you’ll see a lot of teams attack him with the quick bowlers look to attack the body with the bouncer, go under the armpit if you like because I’m not sure he is found a way. He’s almost a little bit like Suresh Raina in that regard where teams now know how to attack him.

“It’s now up to Shreyas Iyer to find a way to succeed against that style of bowling. If he can do that, then I think he’s one of the first names you write down in that Indian side. I really do like all the qualities about him, but until then, I think you’ve just got to give him opportunities and if he can’t find success then you need to find someone else who can, but he’s very talented.”

Iyer has been named for the three ODIs and five T20Is against West Indies. India and West Indies will begin the ODI series on July 22.