I’m not going to be here forever: Gareth Southgate hoping to turn tables after winless start in Nations League 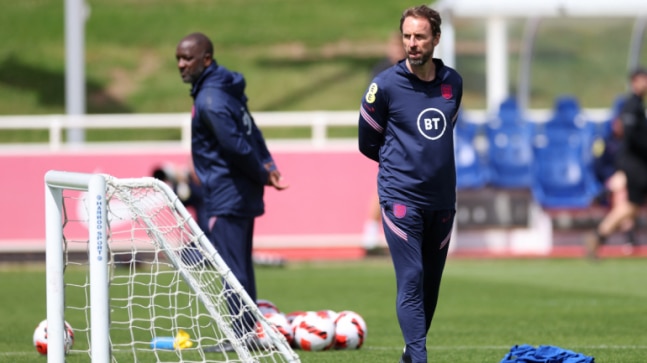 England manager Gareth Southgate has said that he fully understands the current clout around his role and would not be overstaying his welcome. England have not been able get off to a good start at the Nations League, losing to Hungary in their opener and then drawing with Germany in their second game. At the moment, the reel at the bottom of the points table in their group, with a negative goal difference.

Speaking ahead of their game against Italy on Saturday, Southgate said that he will not outstay his welcome.

“If you look back I have always said it. I am not going to be here forever am I? There will be another England manager.

Southgate led England to the 2018 World Cup semi-finals and the Euro 2020 final in 2021, but despite that has been criticised for his conservative approach on the pitch. England, though, were happy to give him an extension till 2024.

“… I hear about conservatism, but we were the highest scorers in Europe last year,” said Southgate, referring to England’s 39-goal haul in the World Cup qualifiers.

Fans have always wanted to see more attacking game on the wings with the likes of Jack Grealish and Trent Alexander Arnold available in the line-up.

“I am always going to have those situations where people disagree with the selection. That noise over the last two or three years does seem extremely loud and I’ve had to ride that and get on with it through the Euros and the whole of last summer,” the manager told the reporters.