IND vs SA: Shreyas Iyer likes to play against spinners but has struggled against pace, says Irfan Pathan 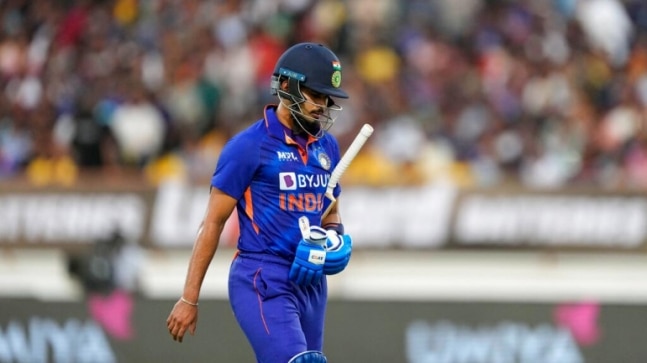 Former India all-rounder Irfan Pathan has pointed out that Shreyas Iyer has struggled a little against bowlers with extra pace in the ongoing T20I series against South Africa. Pathan said that while Shreyas is comfortable against spin and medium pace, he gets unsettled against genuine fast bowling.

Iyer had a brilliant run with the bat in the T20I series against Sri Lanka, but he has failed to make much of an impact in the ongoing South Africa series. Notably, he has managed scores of 36, 40, 14, and 4 in the four T20Is against South Africa.

“Yes obviously, he has struggled against pace, not only in this series but in quite a few matches (before that). Even in the IPL, we have seen that when it comes to fast bowlers who are bowling 140-plus, he has struggled a little. His strike rate has also gone down,” Pathan told Star Sports.

“He likes to play against spinners and if you are bowling less than 140 kph, he is very much comfortable. But the one area of his game he needs to improve is facing the fast bowlers, especially when the ball comes close to his shoulders,” Pathan added.

Irfan backed Shreyas, saying that he is a brilliant batter who has grabbed his opportunities very well in recent times.

“As far as his first-class cricket is concerned, he averages over 50. He is a brilliant batter and he has performed really well. As much as he has got a chance of batting at No. 3, he has played his part. His numbers are really good, especially in the last few months, for India as well.”

Shreyas will look to make an impact in the deciding T20I against South Africa, which will be played in Bengaluru on Sunday (June 19).