IND vs SA: Umran Malik can be ‘awkward customer’ in T20I series, his pace can rattle batters, says Ravi Shastri 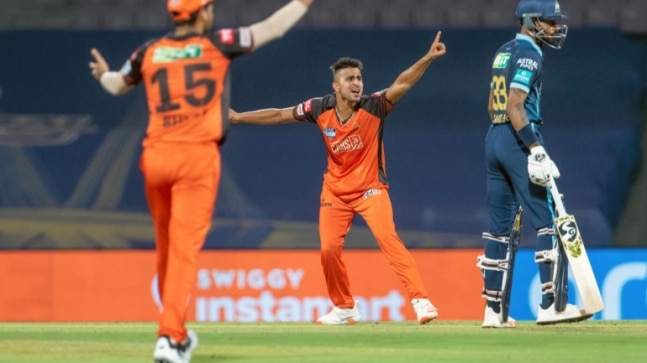 Former India coach Ravi Shastri heaped rich praise on Umran Malik, saying that he will be a very difficult bowler to face if he consistently bowls a straighter line.

Both captain KL Rahul and head coach Rahul Dravid will be eager to unleash the raw pace of Umran against South Africa. The series starts on June 9 in Delhi, followed by matches in Cuttack, Vizag, Rajokt and Bengaluru.

The Sunrisers Hyderabad (SRH) pacer was the fourth-highest wicket-taker in the tournament as he took 22 wickets. Umran also owns the record of bowling the fastest delivery by an Indian pacer in the IPL. Nicknamed Jammu Express for his fast deliveries, he will be eager to prove his mettle in international cricket.

“If he can focus and get the lines right where he attacks the stumps more, then he can be a very awkward customer, especially if there is something in the surface, if it is two-paced, it has a bit of juice in it, at that pace he can rattle you, especially newcomers who come into bat,” Shastri told Star Sports.

“There is not too much work to be done. It’s just about making him more consistent in what he does, which means his practice sessions in the nets will revolve around line more than anything else. He hits the right areas length-wise but line-wise he sometimes struggles,” Shastri added.