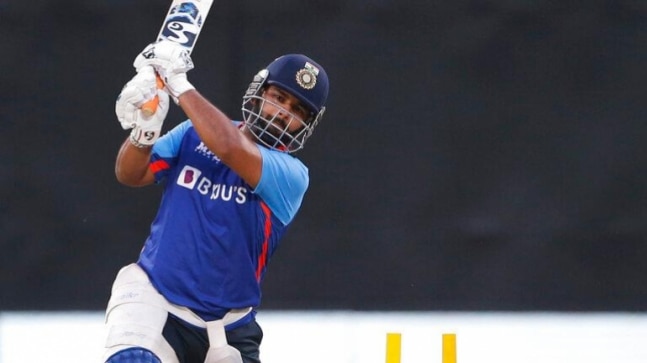 Former India opener Aakash Chopra has said the pattern with which Rishabh Pant is getting out in the ongoing T20I series against South Africa is a cause of concern, adding that it’s not his form that is worrying but the inability to counter the Proteas strategy.

Rishabh Pant has managed just 51 runs in 4 matches against South Africa at home. The stand-in captain has been under pressure, failing to get going, especially when the team needed him in the middle order. Pant has gotten out chasing wide deliveries in 3 of the 4 matches.

In the 4th T20I, Pant got out to left-arm spinner Keshav Maharaj who floated the delivery wide outside the off-stump. Pant went for a heave over the off-side but was caught at the point after an outside edge.

“More than his form, he is falling prey to South Africa’s strategy. That’s the big question. The visitors are bowling outside the off-stump repeatedly and he gets trapped.” Aakash Chopra said in his YouTube show.

“As we have discussed already, there are two options to play those deliveries. Either you move a bit and play it over long-off or play it down the ground towards the off side,” he added.

Pant hasn’t been able to replicate his heroics and form in the longest format of the game in T20I cricket. The wicketkeeper-batter has managed just 740 runs in 47 matches at an average of little over 23 runs per innings.

Chopra highlighted that Pant may have been the captain of the T20I side for the series against South Africa but he needs to score runs consistently if he is to retain his place in the shortest format of the game.

Notably, India have plenty of competition for the wicketkeeper’s slot with the likes of Ishan Kishan, Dinesh Karthik, and Sanju Samson battling hard to make the T20 World Cup squad while KL Rahul, who can also keep wickets, is a certainty in the side.

“Getting out, in the same way, is a big question. He might be the captain for now but who knows because this Team India keeps changes on the basis of individual performances.

“So, Pant has to get back on the saddle because after this he won’t play in Ireland. Instead, he will go to England for the 5th Test. He needs the form,” Chopra added.

Pant will lead India in the series finale in Bengaluru on Sunday, June 19 after which the wicketkeeper-batter will not be part of the Ireland T20is but will join the Test squad in the UK for the one-off Test against England, starting July 1.