IPL 2022 Final, GT vs RR: Ravi Ashwin needs a lot of improvements and thinking to do – Kumar Sangakkara

Rajasthan Royals added Ashwin to their squad during the 2022 mega auction after Delhi Capitals released him. Ashwin took 12 wickets for the Royals this season. 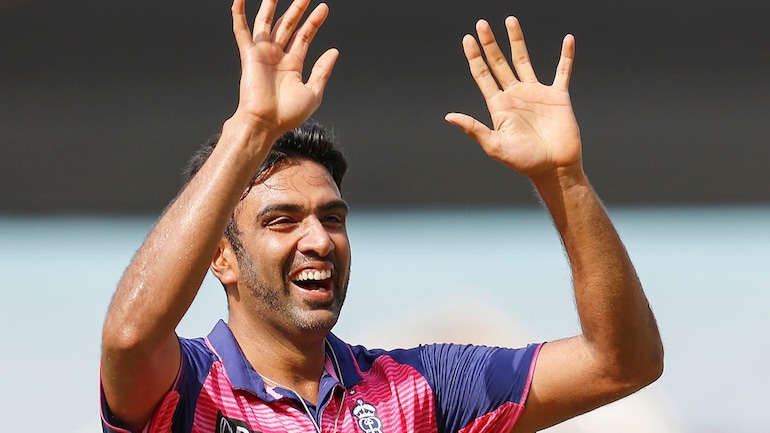 Kumar Sangakkara, the Director of cricket of Rajasthan Royals, wants Ravichandran Ashwin to push himself more for the next season of the Indian Premier League.

Rajasthan Royals added the 35-year-old Ashwin to their squad during the mega auction after Delhi Capitals released him. The off-spinner took 12 wickets for the Royals in 17 matches, with the best figures of 3/17 against Royal Challengers Bangalore.

“Ash (Ashwin) has done a great job for us,” Sangakkara said in a post-match press conference.

“Even for Ash, being a legend in terms of what he has achieved on the cricketing pitch, there will be a lot of improvements and thinking to do, especially with his offspin and bowl more of it,” the Sri Lankan added.

In the IPL 2022 final against Gujarat Titans in Ahemdabad, Ashwin couldn’t do much with the bat after being sent in at no.6. He also remained wicketless in his three overs and conceded 32 runs.

Gujarat Titans defeated Rajasthan Royals by seven wickets to win the IPL in their maiden season as well as in front of their home crowd at the Narendra Modi Stadium.

Earlier in the 2022 tournament, Ashwin became only the second off-spinner after Harbhajan Singh to reach the 150-wicket mark in the tournament. He achieved the milestone against Bangalore in April.