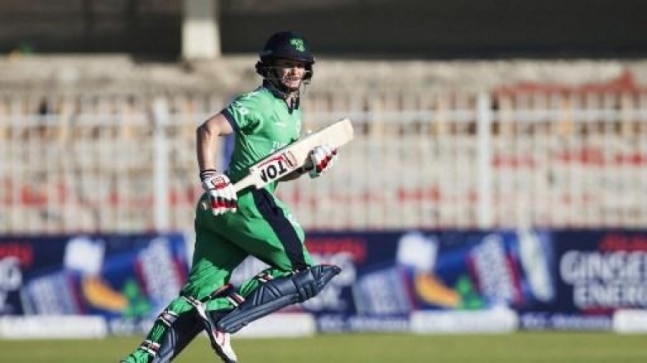 37-year-old former Ireland captain William Porterfield announced his retirement from international and representative cricket on Thursday, June 16 bringing an end to a decorated career in which he played 148 ODIs, 61 T20Is and 3 T20Is. Porterfield finishes as the third highest-capped Ireland cricketer and the second-highest run-getter with over 5000 runs across all three formats of the game.

William Porterfield last played for Ireland in January and it was a fitting farewell to one of the legends of Irish cricket as his side defeated West Indies 2-1 in a 3-match ODI series. Incidentally, Porterfield got out for 0 in his final outing for Ireland.

Porterfield said it was a surreal feeling to hang up his boots and that he believes he was able to play his part in helping Ireland cricket get better over the years.

“It’s been an honour to represent my country for 16 years it’s something I had always wanted to do since I was a child,” Porterfield said.

As we say farewell to a legend of Irish cricket, let’s look back at some great memories of @purdy34 in action.#ThankYouPorty #BackingGreen pic.twitter.com/tUomTYQcgN

“I have to say, though, it’s a little surreal at the moment having made the decision to step away and retire, but I’ve been fortunate to play since 2006 and it’s been an incredible journey.

“During my career, we’ve gone from an amateur team right through to now being a Test nation. From those before me, and along my journey, we have hopefully built an infrastructure that will allow the game in Ireland to continue to flourish. All I ever wanted to do was leave the shirt in a better place and leave the team in a better place, and hopefully I’ve played a part in doing that,” he added.

Appointed captain in 2008 and leading his team over 250 times in a rich period for the team, Porterfield led Ireland in their maiden Test match, and the Lord’s Test match against England, before handing the reins to Andrew Balbirnie. Porterfield was Irish captain at two Cricket World Cup campaigns and five T20 World Cups, at the helm notably in their shock victory over England in Bangalore in the 2011 50-over tournament.

Porterfield has had his fair shares of highs in T20I cricket but his exploits in ODI cricket have been instrumental in Ireland cricket’s progress over the last decade. He hit 11 hundreds and 20 fifties in 148 ODIs and finished with 4343 runs in the 50-over format.

Porterfield has now set sights on putting his energy into coaching, having already worked with Gloucestershire and Warwickshire in county cricket.