HomeSportLewis Hamilton feels he is close to winning again: I truly believe...
Sport

Lewis Hamilton feels he is close to winning again: I truly believe we can get a race win this year

Mercedes driver Lewis Hamilton feels that he can win a race again this season after back-to-back podium finishes in the last two races. 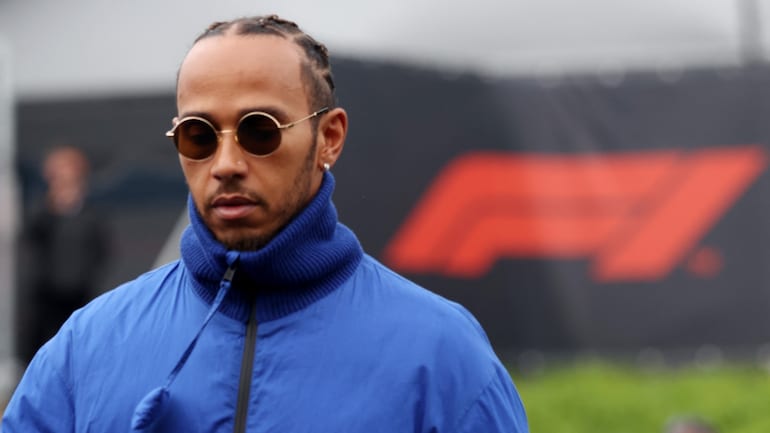 Lewis Hamilton feels he can win a race this season (Courtesy: Reuters)

Mercedes driver Lewis Hamilton truly believes that he is getting close to winning races again after securing back-to-back podium finishes in the last two races.

The seven-time World Champion has been showing great pace since the Canadian Grand Prix and continued it at Silverstone last weekend as he secured a third-place finish in what was his best performance of the season.

Hamilton hasn’t been on the top step of the podium since the race last season in Saudi Arabia. However, the Mercedes driver feels that the first win of the season isn’t far away.

Speaking ahead of the Austrian GP, the former World Champion said that with a little more hard work they can claim the win and believes that it will happen this season.

While Hamilton did show pace at Silverstone, the Mercedes driver still feels that Red Bull and Ferrari are the ones to beat

“Definitely at Silverstone there was potential to win the race, but with our current performance we’re not at exactly the same level as the two teams ahead. We needed everything to align (at Silverstone) so we didn’t need that safety car at the end. I think things all happen for a reason. I think it was Carlos’ weekend, it was written he’d get his first win,” said Hamilton.

The seven-time World Champion is just one race win away from breaking Michael Schumacher’s record. Hamilton has also been on the top step of the podium in at least one race in each of the past 15 seasons.

Share
Facebook
Twitter
Pinterest
WhatsApp
Previous articleSL vs AUS: Smith and Labuschagne hundreds put Australia in driving seat on Day 1 of Second Test
Next articleNick Kyrgios says he is feeling nervous about the Wimbledon final: I want it to come already