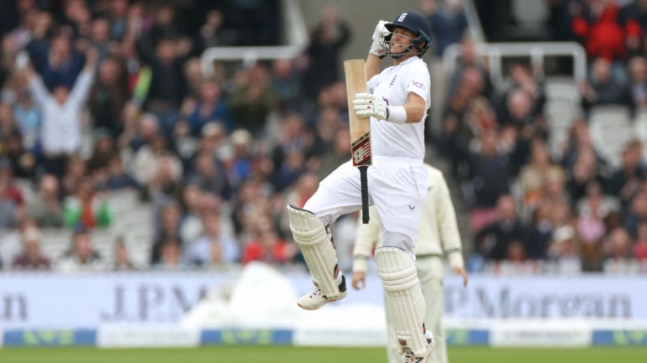 Joe Root became the 14th batter in Test cricket to notch 10,000 Test runs. He also joined Alastair Cook among the Englishmen in the elite list.

England, on Sunday, June 5, defeated New Zealand by five wickets in the opening Test at the Lord’s Cricket Ground and took a crucial 1-0 lead in the three-match series.

At the start of play on the fourth day, the game was even-stevens as the Brits needed around 60 runs to win with five wickets in hand. Joe Root, their former skipper, and one of their prolific run-scorers was well set on 38.

It was evident that the Black Caps needed to remove the Yorkshireman to have any chance of winning the game. But Root made sure that he didn’t allow the visitors to get a foothold back into the match.

The right-hander scored his 26th Test century off 157 balls and took the Three Lions to victory in the first session of the fourth day’s play. Moreover, when he got to his century, he also became the 14th batter to score 10,000 runs in Test cricket.

The 31-year-old also joined former batter Alastair Cook as the second Englishman to get to the milestone. Along with Root, Ben Foakes also kept the New Zealand bowlers at bay. Foakes showed a lot of patience and scored an unbeaten 92-ball 32 with three fours.

Root and Foakes put on 120 runs for the sixth wicket and dragged England out of the pits after they lost half their side in double quick time.

The second Test is scheduled to get underway on Friday, June 10 at Trent Bridge in Nottingham.