Madan Lal says he wouldn’t have given Rishabh Pant Indian captaincy right now: He is a youngster 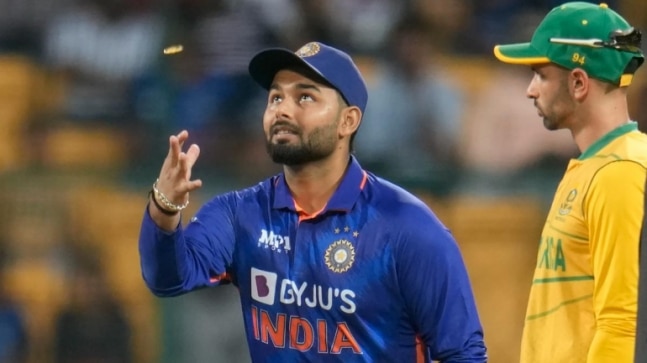 Madan Lal has said he would have stopped Rishabh Pant from taking up the Indian captaincy as he is still a youngster.

Pant was the Indian captain for the series against South Africa (Courtesy: AP)

Former Indian cricketer Madan Lal has claimed that he would have stopped Rishabh Pant from becoming the Indian captain right now as he feels the wicketkeeper is still a youngster.

Pant recently led the Indian team during the recently-concluded T20I series against South Africa after KL Rahul was ruled out due to an injury. Despite losing the first two games, India bounced back and were able to level the series 2-2 before the final match in Bengaluru was washed out. The 24-year-old failed to make an impact with the bat during the four matches and he faced a lot of criticism for it.

Speaking to Sports Tak, Lal claimed that he would have stopped Pant from assuming the captaincy role as he was still very young. The World Cup winner went on to say that the 24-year-old wicketkeeper will gain more maturity as he plays the game longer.

“I would have stopped him from becoming captain. Wouldn’t have allowed it. Because such a player needs to be given this responsibility later. Becoming an India captain is a big deal. He is a youngster. He isn’t going anywhere anytime soon. The longer he plays, he will gain more maturity,” said Lal.

The former Indian cricketer compared Pant’s captaincy to that of MS Dhoni and Virat Kohli. Lal stressed the fact that if the wicketkeeper can take his game to a new level over the next two years, then he can be a considered as a serious contender for captaincy.

“Over the next two years, if he can take his game to the next level, then he can be a good captain, can deal with things maturely. This is a player of a different nature. MS Dhoni was a quiet and cool captain, which suited him as captain. Virat Kohli is a brilliant batter. I’m not saying Pant shouldn’t be swinging his bat but if he can play with a little more maturity, it would be great,” said Lal.

Share
Facebook
Twitter
Pinterest
WhatsApp
Previous articleI took time with my hamstring injury, I am not making a ton of decisions after Wimbledon: Serena Williams
Next articleICC T20 World Cup: Yuzvendra Chahal will emerge as a trump card for India in Australia, says Sanjay Bangar