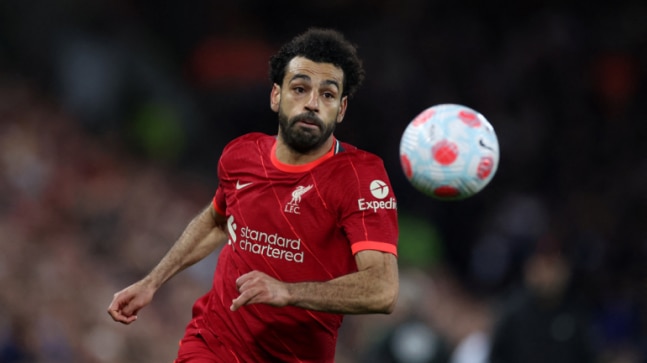 While Mohamed Salah won the PFA Player of the Year Award for the 2nd time, Tottenham Hotspur’s Son Heung-min was surprisingly left out of PFA’s team of the year.

Liverpool star Mohamed Salah was named the Professional Footballers’ Association Player of the Year for the second time for his exploits in an impressive season for the Reds. Chelsea’s Sam Kerr took the women’s award on Thursday.

Notably, Salah has become only the 7th man in the history of English football to win the PFA award more than once. The Egyptian star scored 31 goals in all competitions as he starred in Liverpool’s fine run wherein they won the FA Cup and the League Cup and finished as runners-up in the Premier League and the Champions League.

Mohamed Salah scored 23 goals in the Premier League, tied for the top spot with Tottenham Hotspur’s Son Heung-min. However, the South Korean was surprisingly left out of the PFA’s team of the year, which contained six players from Liverpool.

Notably, Kevin De Bruyne, who shone in Manchester City’s Premier League-winning campaign, was looking to win the award for the third straight year. The Belgian star was also on the six-man shortlist, along with Manchester United’s Cristiano Ronaldo, Tottenham’s Harry Kane and Liverpool pair Virgil van Dijk and Sadio Mane,

“This one is a really good one to win, especially because it’s voted by players. It shows you that you’ve worked really hard and you get what you worked for,” Salah said.

“I have my room with trophies in a cabinet and I made sure that I had another space for one more. I always keep space and just try to imagine that the trophies are going to come.”

Meanwhile, Chelsea’s Kerr became the first Australian player to win the PFA Players’ Player of the Year award after topping the goal-scoring charts in the Women’s Super League.

“It’s a massive honour I think, whenever you’re voted by your peers. I think that’s the highest honour as a player so, it’s an amazing feeling,” said Kerr.

Manchester City’s Phil Foden and Lauren Hemp retained their trophies for the Young Player of the Year, while former England coach Roy Hodgson and Brighton & Hove Albion Women’s manager Hope Powell received merit awards for their contribution to the game.