HomeSportNovak Djokovic's US Open hopes take a hit as organisers to adhere...
Sport

The US Open organisers on Wednesday, July 20 confirmed that they would adhere to the US government’s vaccine mandate. Djokovic, who has been refusing to get vaccinated against Covid-19, is set to miss the season’s final Grand Slam. 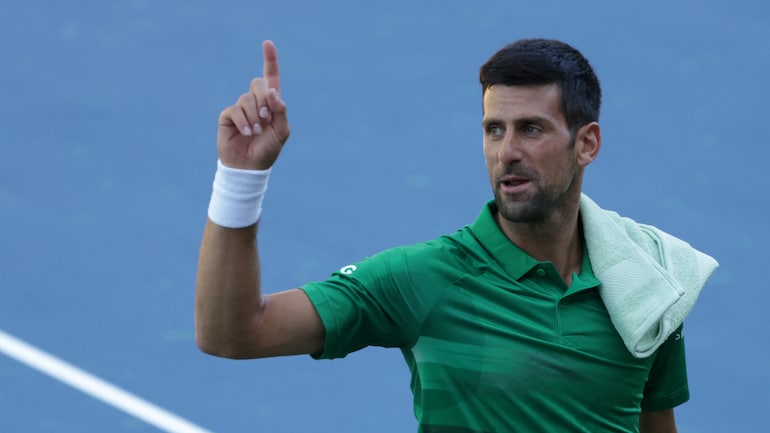 Novak Djokovic will not be eligible to play the season’s final Grand Slam — the US Open — later this year as the organisers confirmed on Wednesday, July 20 that they will adhere to the US government’s vaccination mandate. Djokovic was barred from playing the Australian Open in January after he refused to take vaccination against Covid-19.

The US government has made it mandatory for travellers seeking to enter the United States have to be fully vaccinated and provide proof before boarding flights.

The US Open on Wednesday confirmed the men and women’s singles entry lists and had Djokovic name listed but that is a routine and not an indication that he will play.

“Per the ITF Grand Slam rulebook, all eligible players are automatically entered into the men’s and women’s singles main-draw fields based on ranking 42 days prior to the first Monday of the event,” the United States Tennis Association (USTA) said in a news release.

“The U.S. Open does not have a vaccination mandate in place for players, but it will respect the U.S. government’s position regarding travel into the country for unvaccinated non-U.S. citizens,” it added.

Novak Djokovic, who won Wimbledon after defeating Nick Kyrgios in the final in July, had made it clear after the grass-court Grand Slam that he would maintain his stance on not taking the Covid vaccine. However, Djokovic added that he was hoping for some good news from the US Open organisers.

Almost 12,000 people have signed an online petition calling for the USTA to work with the country’s government to allow Djokovic to compete in the U.S. Open despite his refusal to take the Covid-19 vaccine.

Djokovic has time and again stressed that he is willing to forgo opportunities to add to his Grand Slam tally of 21 to maintain his unvaccinated status, saying he wants to control what he puts in his body.