On this day: Javed Miandad, who broke India’s heart with a last-ball six, was born 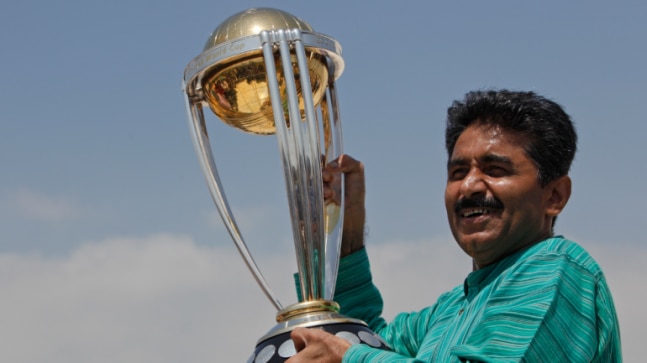 Legendary Pakistan batter Javed Miandad, on Sunday, June 12, turned 65 years old. The right-handed batter remains one of the most enigmatic cricketers of his country without a shred of a doubt. In 124 Tests and 233 ODIs, the batting maestro scored 8832 and 7381 runs respectively, with the help of 31 fours and as many as 93 half-centuries.

Miandad played 33 matches in the World Cup for Pakistan, where he scored 1083 runs at an average of 43.32 and a strike rate of 68.02 with one century and eight half-centuries to his name. He also captained the Men in Green in 34 Tests and 62 ODIs.

But the knock that puts him ahead of a number of his contemporaries was the one he played against India back in 1986. In the final of the Austral-Asia Cup at the Sharjah Cricket Stadium, Miandad scored an unbeaten 114-ball knock of 116 with the help of three fours and as many sixes.

After half-centuries from Kris Srikkanth, Sunil Gavaskar and Dilip Vengsarkar, India posted 245/7 on the board. Miandad came to bat after Pakistan lost the two early wickets of Mudassar Nazar and Ramiz Raja, the current chairman of the country’s cricket board.

From there on, Miandad showed nerves of steel and got Pakistan ever so close to a stupendous triumph. The Men in Green needed four runs to win off the last ball with Miandad seeing the ball like a football. Miandad smashed Chetan Sharma for a six to take Pakistan home in the heart-racer.

Pakistan won the match by seven wickets and won the tournament. Back in March 1996, Miandad donned the Pakistan colours for the last and final time in an ODI against India in Bengaluru.