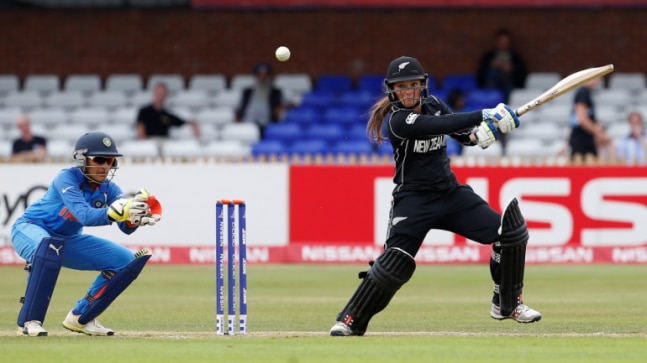 Amelia Kerr has been a revelation for New Zealand in Women’s cricket over the last 5 years. She recently played for the White Ferns in the 2022 Women’s World Cup at home.

Amelia Kerr is known for her wily leg-breaks and wrong’urns and batters from around the world have strained to face her. Apart from being a quality bowler, the New Zealand cricketer is also an effective batter. In 53 WODIs and 42 WT20Is, the Wellington-born cricketer has scored 1474 runs with the help of two centuries and six half-centuries.

The first century she scored was a memorable one for her. Back on June 13, 2018, Kerr, who was 17 years old back then, registered the highest individual score by a batter in women’s cricket. She broke the record of former Australia batter Belinda Clark, who scored an unbeaten 229 against Denmark in the 1997 Women’s World Cup in India.

Kerr roared to the top in an ODI against Ireland Women at Castle Avenue in Dublin. After the White Ferns opted to bat first, Kerr opened the batting and scored an unbeaten 232 off 145 balls with the help of 31 fours and two sixes. The right-hander played at a strike rate of 160 and made sure that New Zealand posted a mammoth score of 440/3.

She also picked up a five-wicket haul and finished with stupendous figures of 7-2-17-5, thereby winning the Player of the Match award. On the back of her stupendous performance, New Zealand beat Ireland by a huge margin of 205 runs.

Four years since then, Kerr has carved a reputation as one of New Zealand’s most dependable cricketers across formats. In 95 matches at the international level, Kerr has picked up 117 wickets with four four-wicket hauls and one five-wicket haul to her name.

Share
Facebook
Twitter
Pinterest
WhatsApp
Previous articleENG vs NZ: Ollie Pope on his tough ride in Test cricket for England – Don’t want to look too far ahead or behind
Next articleRory McIlroy appears to take a dig at Greg Norman as he wins Canadian Open