SL vs PAK: 2nd Test, Shaheen Shah Afridi has been ruled out of the second Test due to an injury that he sustained during the 1st Test in Galle. 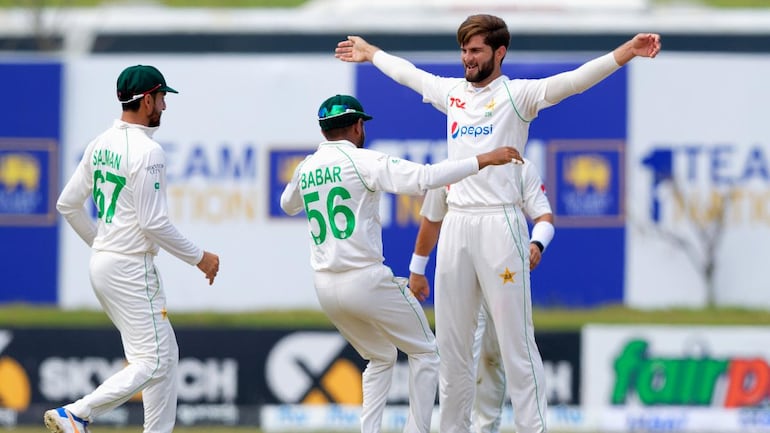 Former off-spinner Saqlain Mushtaq reckoned that Pakistan will miss Shaheen Shah Afridi’s presence in the second Test against Sri Lanka. The final Test is scheduled to get underway on Sunday, July 24 at Galle International Stadium.

On Day four of the first Test, which Pakistan won by four wickets, Afridi sustained an injury and was ruled out of the second Test. Babar Azam, the Pakistan Test skipper, said the visitors will miss the services of the pacer.

Babar, who scored a century in the first Test, admitted that Afridi’s absence in the match would be missed due to the seamer’s ability to make early breakthroughs. Saqlain didn’t disagree with the 27-year-old Babar.

“He is our main bowler who leads others from the front. Definitely, bowlers will miss his presence and that energy he brings in,” Saqlain was quoted as saying.

“We have looked at the pitch but nothing is decided as of yet. Obviously, Shaheen’s replacement is there but apart from this, we will sit and decide before announcing the final XI,” he stated.

Left-arm spinner Nauman Ali will replace Shaheen in the second Test. Babar said that the visiting team made the choice keeping in mind the playing conditions.

Saqlain also heaped praise on Pakistan for showing a whole lot of guts in the opening Test. Abdullah Shafique got a lifeline during Pakistan’s run-chase.

“Our players showed great determination, potential and execution of plans to win the last game. From Abdullah Shafique to tail-ender Naseem Shah and then Hassan Ali, Yasir Shah and others, everyone fought hard to achieve a well-deserved victory,” Saqlain added.