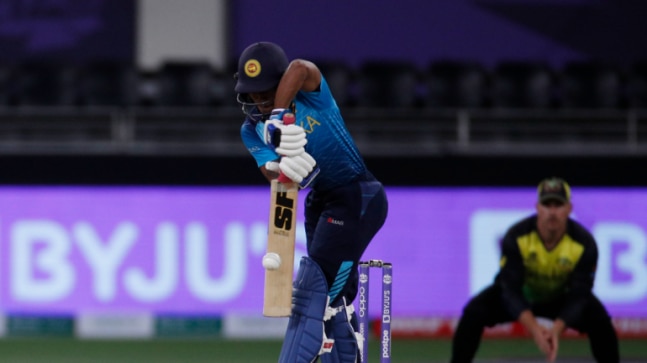 Sri Lanka eased past Australia in the third ODI, taking a lead of 2-1 in the five-match ODI series. The Islanders dominated the Australians from the start with spinning conditions to seal the game by four wickets and nine balls remaining. This was also the highest score chased in the R Premadasa Stadium, beating India’s long standing record of 288 vs SL in 2012.

After conceding 291 runs in the first half of the game, a patient chase from Pathum Nissanka and Kusal Mendis set up the chase for Sri Lanka. While Mendis retired hurt after the 37th over of the game. He was forced to go off in the hot and humid conditions and hobbled off the pitch after being supported by two substitutes. He scored 87 off 85 balls.

While Mendis went around his own way, Pathum Nissanka sat back and scored a century in the grafter’s role to make sure Sri Lanka did not collapse like Australia in the crucial outing in the ODI Super League.
SL will be hoping to bring home the rest of the points, which should put them in a strong position to directly qualify in the 2023 ODI World Cup, scheduled to be played in India.

Earlier in the day, Australia struggled in the turning conditions at Colombo, failing to break the shackles of the Sri Lanka spin trio of Maheesh Theekshana, Jeffrey Vandersay and youngster Dunith Wellalage.

There were high expectations from Mitchell Marsh and Marnus Labuschange at number three and four respectively, but they could not do much against some quality bowling at the early phase of play. For that matter, captain Aaron Finch was lucky quite a few times in the innings, but managed to put on 62 off 85 balls.

If it were not for the late impetus given by Travis Head, Alex Carey and especially Genn Maxwell down the order, Australia were looking at a dreadful score of below 250 runs in the turning track.

However, the rescue act was too little and a bit too late as Sri Lanka managed to watchfully take control of the game batting in the second innings, well for the most part at least. Sri Lanka lost three quick wickets from the 44th over, giving a slight glimmer of hope for Australia, but Charith Asalanka and Nissanka made sure that there were no surprises left.

The Dasun Shanaka team will be leading for the first time in the tour, having been drubbed in the T20I series ahead of the ODI leg.

Share
Facebook
Twitter
Pinterest
WhatsApp
Previous articleGavaskar on how tragedy shaped Hardik Pandya’s new avatar: Every time he does well, he looks up to the sky
Next articleIndia vs South Africa: Rishabh Pant will not be under any pressure for T20I place, says Sunil Gavaskar