HomeSportRavi Shastri advocates for reduction of overs from 50 to 40 in...
Sport

Ravi Shastri advocates for reduction of overs from 50 to 40 in ODIs: Got to be forward-thinking and evolve

Former India coach Ravi Shastri has suggested that the organizers should consider shortening one-day internationals from 50 to 40 overs to preserve the format. 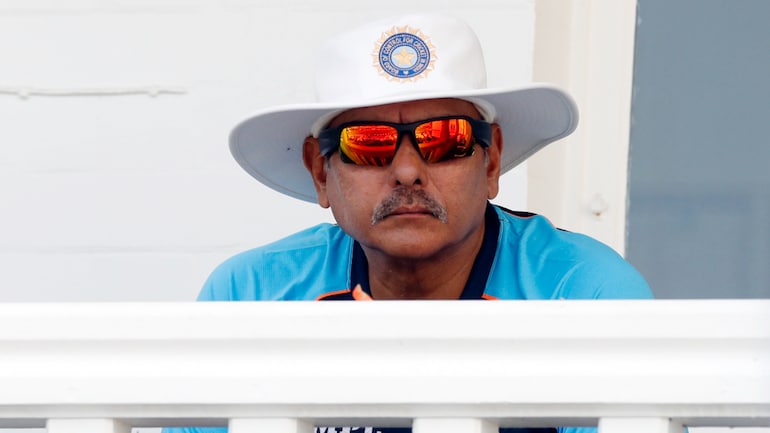 Ravi Shastri has called for a reduction in the time span of ODIs (Courtesy: Reuters)

Former India head coach Ravi Shastri has suggested that the number of overs in an ODI match should be reduced from 50 to 40, in order to preserve the format. He said that the organizers have to be forward-thinking and evolving.

The retirement of Ben Stokes from the 50-overs game brought it under the scanner, with many wondering how ODIs will survive in the future. Legends like Wasim Akram have already called for the format to be scrapped from the international calendar.

The latest one to be critical of the format was Shahid Afridi, who told Samaa TV after Stokes’ retirement that the game should be shortened in a bid to make it more entertaining.

“One-day cricket has become quite boring now. I would suggest to cut ODI cricket from 50 overs to 40 overs in order to make it entertaining,” said Afridi.

Echoing a similar opinion, Shastri said on Fan Code during the second ODI between the West Indies and India that there would be no harm in trimming the span of the game. He suggested that the organizers of the game need to be forward-thinking and evolve with time, as the format has stayed at 50 for far too long.

“There is no harm in shortening the span of the game. When one-day cricket started, it was of 60 overs. When we won the World Cup in 1983, it was of 60 overs. After that, people thought that 60 overs were a bit too long. People found that span of overs between 20 to 40 hard to digest. So they reduced it from 60 to 50. So years have gone by now since that decision so why not reduce it from 50 to 40 now. Because you got to be forward-thinking and evolve. It stayed for 50 for too long,” said Shastri.

Share
Facebook
Twitter
Pinterest
WhatsApp
Previous articleCommonwealth Games 2022 | Veda Krishnamurthy says she is rooting for India to make it to the final
Next articleWest Indies vs India | Watch: Rohit Sharma and other Indian stars land in Trinidad for five-match series