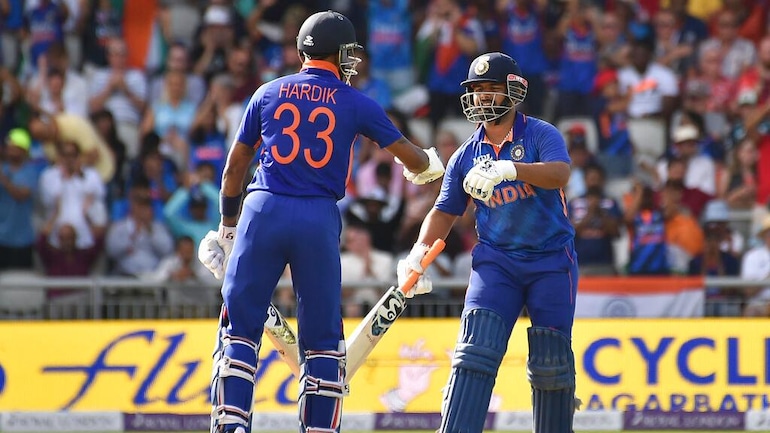 Hardik’s career-best 4/24 helped India bowl out England for 259 with more than four overs to spare in the series decider after Rohit made a bold move to field first given that eight of the last nine games at Old Trafford have been won by teams batting first.

Skipper Jos Buttler was England’s top-scorer with an 80-ball 60, but it was the flamboyant all-rounder from Gujarat, who dominated the first half of the match with his excellent bowling, sending out a warning to the opponents in the year of the T20 World Cup.

Playing in place of the injured Jasprit Bumrah, Mohammed Siraj got a massive confidence boost early on, when he dismissed Jonny Bairstow with his third ball of the day. As the England opener shaped up to play it on the leg-side, the bat turned in his hand and the ball ballooned to Shreyas Iyer at mid-off following a leading edge.

His tails up, Siraj then ran into bowl to the prolific Joe Root, got the ball to move away, and the outside edge was nicely taken by skipper Rohit Sharma at second slip. Siraj, in fact, squared Root up with his late movement.

Share
Facebook
Twitter
Pinterest
WhatsApp
Previous articleLleyton Hewitt after induction into International Tennis Hall of Fame – It was never something I ever thought about
Next articleRohit Sharma salutes Rishabh Pant and Hardik Pandya after Manchester heist: They did not panic