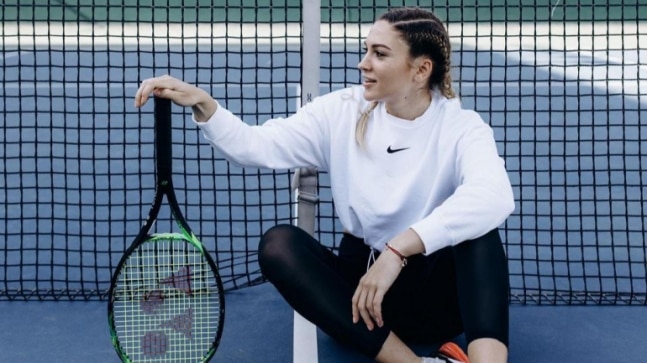 Currently, the 29-year-old Natela Dzalamidze’s nationality is registered as Georgian on the entry list of Wimbledon.

Russia-born tennis star Natela Dzalamidze mentioned that she decided to change nationality to Georgian as she wanted to take part in the Olympics. Moreover, she said that being able to take part in Wimbledon, scheduled to get underway on Monday, June 27, was a bonus.

Back In April, the All England Lawn Tennis Club (AELTC) banned players from Russia and Belarus from participating in the upcoming grass-court tournament in the wake of Russia’s invasion of Ukraine.

Currently, Dzalamidze’s nationality is registered as Georgian in the entry list of Wimbledon. The 29-year-old tennis star is all set to partner Serbia’s Aleksandra Krunic in the women’s doubles.

The WTA Tour said in a statement Dzalamidze had followed the rules and regulations for changing her nationality.

“In Natela’s case, she submitted a Georgian passport and ID as she has dual citizenship, and, as a result, her nationality has been officially changed within the WTA system. This took place prior to the finalisation and release of the Wimbledon entry lists,” the statement said.

Dzalamidze, whose father hails from Georgia, stated the Russian tennis has plenty of depth and the nation’s suspension from the Billie Jean King Cup led to the switch.

“My decision was made because I am focusing on my career and would like to have the chance to compete at the Olympic Games,” Dzalamidze was quoted as saying.

“The first discussion I had with the WTA was during Indian Wells at the beginning of March.

“If I made the decision to play for Georgia and have a chance to play Wimbledon, why not? At the moment I have my best ranking and my perspective is now much better in Georgia.”

Earlier, the WTA decided that Wimbledon won’t have ranking points after the exclusion of Russian and Belarusian players from the tournament.

Share
Facebook
Twitter
Pinterest
WhatsApp
Previous articleT20 Blast 2022: Luke Wright becomes the first batter to score 5000 plus runs in the history of the league
Next articleYashasvi Jaiswal opens up on Ranji Trophy semi-final heroics: Honoured to see my name with legends