HomeSportSaba Karim criticises Suryakumar Yadav for not converting starts – This is...
Sport

WI vs IND: Suryakumar Yadav hasn’t been able to score a lot of runs in the three-match ODI series against Nicholas Pooran’s West Indies. 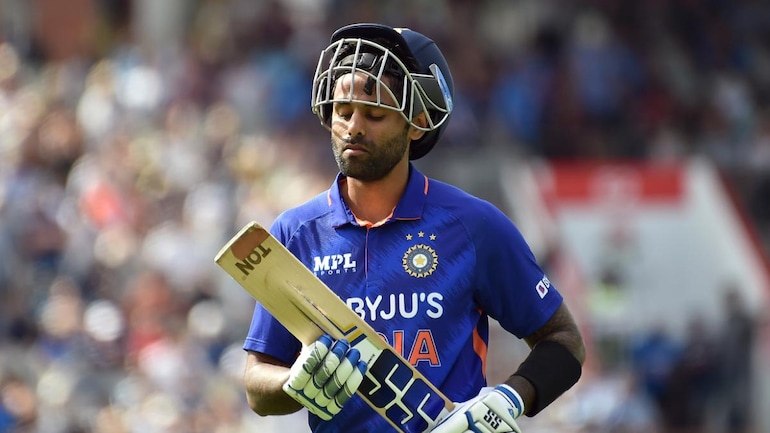 Former cricketer Saba Karim came down hard on Suryakumar Yadav for not being able to convert starts despite getting a whole lot of chances in ODIs. In 12 ODIs, the right-handed batter has scored 332 runs at an average of 36.88 with two half-centuries to show for his efforts.

However, in the ODI series against the West Indies, Yadav got scores of 9 and 13, and hasn’t looked at his very best. Karim reckoned that Yadav has a great chance of becoming a match-winner for the Men in Blue, but also asked him to pull his socks up and make the most of his ability.

“I would like to see Suryakumar Yadav become a consistent match-winner for India. He scored a century in the T20I against England. But despite getting a number of chances (in ODIs), he hasn’t been able to make the most of the starts he got. This is not allowed in international cricket. When you have so much stroke-making ability, you need to make the most of it,” Karim was quoted as saying on India news.

Karim also lashed out at Ishan Kishan for not making chances count in limited-overs cricket. However, he heaped praise on Dinesh Karthik for being an inspiration and not throwing in the towel even into his late 30s.

“Dinesh Karthik doesn’t need any inspiration as he himself is an inspiration and has a lot of experience. But Ishan Kishan hasn’t quite been able to make the most of his chances and win games for his team like Axar Patel or Deepak Hooda did,” he added.