PV Sindhu decimated Japan’s Saena Kawakami in just 31 minutes to enter the final Singapore Open. The Indian got off to great starts in both her sets to clinch an easy win 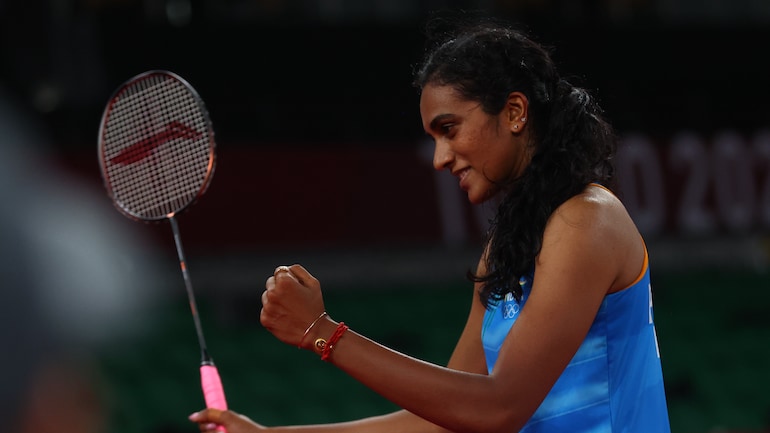 India’s ace shuttler PV Sindhu stormed into the finals of the Singapore Open in just 31 minutes, beating unseeded Japanese opponent Saena Kawakima in the semi-finals of the competition. Sindhu, who had a 2-0 record against Kawakima prior to the game, did not let her opponent get any footing in the game whatsoever, easing past by a margin of 21-15, 21-7.
Sindhu made the best use of her variation, bringing the 24-year-old Japanese opponent to the right side of the court and forcing her to pick up her drop shots. The unseeded opponent, who had caused a major upset by knocking sixth seed Pornpawee Chochuwong 21-17 21-19 of Thailand, had no answer for Sindhu on Saturday morning, 16 July.
Sindhu is the lone big name from India to make it this deep into the tournament. Earlier, the likes of Saina Nehwal and HS Prannoy were knocked out of the competition after playing intense matches.
While Nehwal lost to Japanese Aaya Ohori 13-21, 21-15, 20-22, HS Prannoy was defeated by Kodai Naraoka in a three-setter, 12-21, 21-14, 21-18.

There are high hopes from the Indian shuttlers this time around in the Commonwealth Games, especially after India’s victory in the Thomas Cup, where they beat all odds to defeat the strongest opposition in the tournament. India’s victory was likened to 1983 cricket World Cup’s victory under the leadership of Kapil Dev.