Dasun Shanaka came in when Sri Lanka were reeling at 98/5 while chasing the 177-run target. His unbeaten 25-ball 54 helped Sri Lanka to beat Australia by four wickets and avoid a whitewash in the T20I series.

Sri Lanka all-rounder Dasun Shanaka has become the first-ever player to score 50-plus runs in the death overs of a T20I chase.

Shanaka achieved the feat during the third T20I against Australia, when his unbeaten 25-ball 54 helped the island team to beat the Down Under side and avoid a whitewash in the T20I series in Pallekele on Saturday.

The right-hander walked in when his side was reeling at 98/5 while chasing the 177-run target. Shanaka exploded to put the pressure back on Australia with Sri Lanka needing 19 runs off the last over from Kane Richardson. Shanaka smashed two back-to-back boundaries and followed it with a maximum to level the scores.

With Richardson bowling a wide delivery on the last ball, scenes of jubilation emerged from the Sri Lankan camp. Shanaka’s innings saw four maximums and five boundaries in total.

Australia and Sri Lanka will next play the five-match ODI series between June 14 to 24, with the first two to be held in Pallekele and the remaining three to take place in Colombo. 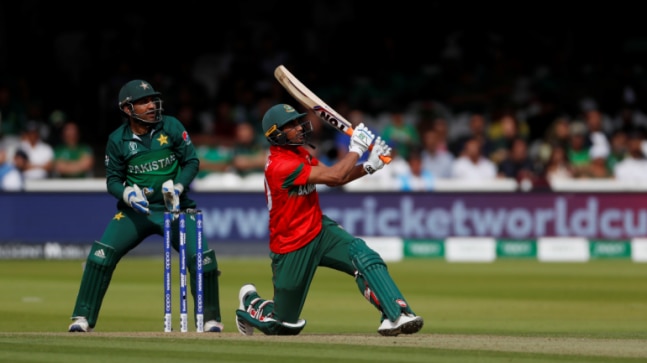