HomeSportSri Lanka vs Pakistan: Shoaib Akhtar delighted after Fawad Alam gets a...
Sport

SL vs PAK, 2nd Test: Fawad Alam has been picked in the playing XI for the second match of the series. The left-hander replaced Azhar Ali, who got single-digit scores in the first Test. 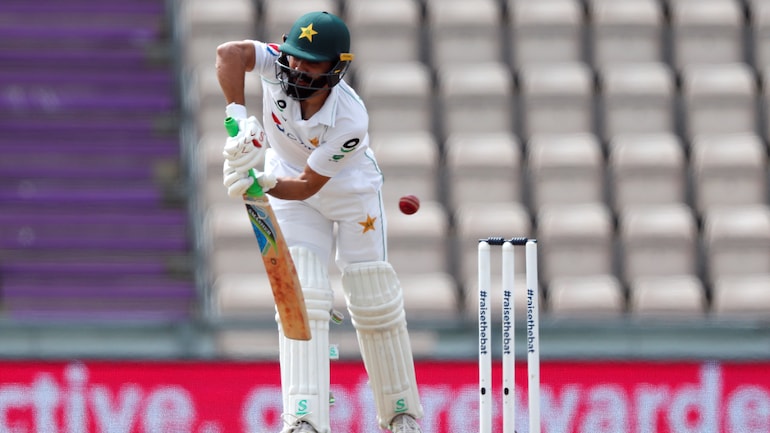 Former fast bowler Shoaib Akhtar was happy after Fawad Alam reclaimed his spot in the Pakistan playing XI for the second Test match against Sri Lanka. The left-hander was mysteriously left out of the opening Test that Pakistan won by four wickets at Galle International Stadium.

Alam came into the eleven after replacing former skipper Azhar Ali, who scored nine runs in the first Test. Earlier, the southpaw made a comeback to the Test team back in 2020 after having to wait for around 11 years since his debut.

Apart from being happy for Fawad, Akhtar also urged the visiting team to restrict Dimuth Karunaratne and Co. to a score under 300. The Rawalpindi Express understands the fact that the pitch in Galle is likely to get tougher for batting as the match progresses.

Akhtar took to Twitter and wrote, “Must keep SL under 300. Also, glad sense prevailed & Fawad is back in the squad.” Sri Lanka won the toss and opted to bat first.

Must keep SL under 300.
Also, glad sense prevailed & Fawad is back in the squad.

Pakistan made two changes in their lineup for the match. Apart from Fawad, left-arm spinner Nauman Ali was also picked. Nauman replaced left-arm fast bowler Shaheen Shah Afridi, who was ruled out of the game due to an injury.

Before the start of the ongoing Test, skipper Babar Azam revealed that Nauman would replace Shaheen in the playing eleven. Afridi sustained an injury during the fourth day of the first Test, after which he couldn’t take further part in the series.

While Pakistan picked three seamers for the first Test, they went with two, Hasan Ali and Naseem Shah, in the second.

Share
Facebook
Twitter
Pinterest
WhatsApp
Previous articleNurul Hasan has been made the Bangladesh T20I skipper because he is worthy of it: Shakib Al Hasan
Next articleWomen’s Euro 2022: France finally breach Dutch defense to end quarterfinal curse