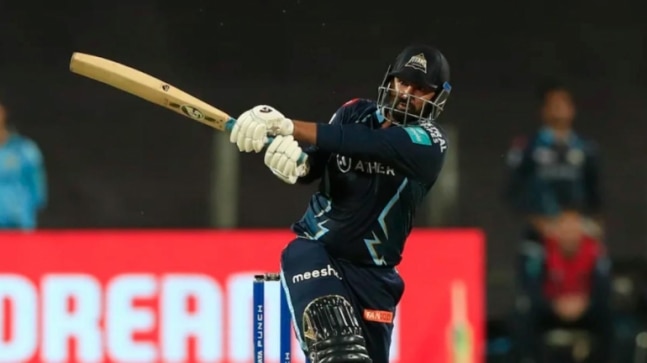 Former South Africa captain Graeme Smith said it’s important for Rahul Tewatia to focus his frustration on improving and make sure he never gets snubbed again from selection after the all-rounder was left out from the squad for the T20I series in Ireland.

Rahul Tewatia had put out a cryptic tweet, saying “expectation hurts” a day after the BCCI senior selection committee announced the squad for the Ireland T20Is, scheduled for June 26 and 28. While Hardik Pandya leads the 17-member squad, the likes of Sanju Samson returned to the side which is full of white-ball specialists.

Rahul Tewatia has been knocking on the doors of the selectors in the recent past and he showcased his improved finishing skills in IPL 2022, playing a key role in Gujarat Titans’ winning run. He scored 217 runs at an average of over 30 and a staggering strike rate of close to 150.

Tewatia would have expected a call-up, considering the big names of Indian cricket were not in the 17-man squad as the Ireland T20Is coincide with India’s preparation for the one-off Test in England, starting July 1.

“India have so many talented players. The selectors, Rahul and Rohit, now have an idea of what the majority of the squad is going to look like and who are the players that are vying for the other squad positions. So it’s very difficult to sit here and say. We know he has done so well but there is so much competition out there,” Smith told Star Sports while discussing India’s T20I squad for the Ireland tour.

“I would tell him ‘stay off Twitter, focus on your game, perform. Make sure the next time the squad comes out, no one can leave you out because you have just dashed that door down’,” he added.

‘TEWATIA SHOULD HAVE GONE TO IRELAND’

Gavaskar also urged Tewatia to work harder and make sure he becomes an inevitable part of the Indian T20I side in the future.

“Rahul Tewatia, the ice man. He should have been… sometimes you feel that if it’s such a touch-and-go situation, maybe take an additional member instead of 15. Take 16 because it’s hard to leave out somebody who has done consistently well. And he was superb. He won matches that looked lost. He went in there, smashed the ball around, very intelligently, and very cleverly used the crease, he was also playing around the off-side, not just on the on-side,” Gavaskar said.

“Somebody showing that kind of temperament maybe add a 16th man and take him to Ireland. It’s about just recognizing what he has done.

“Also, I think, to him I would say ‘look, you haven’t got picked. Don’t let that put you down, just realise that you are on the fringe. Work a little bit harder and you will be there regularly’,” Gavaskar added.

Notably, the Ireland-bound players, who were part of the South Africa T20I series squad, have been given a 3-day break before they head to the UK for the T20I series. India and South Africa played out a 2-2 draw in a 5-match series after the finale was washed-out due to rain in Bengaluru on Sunday.