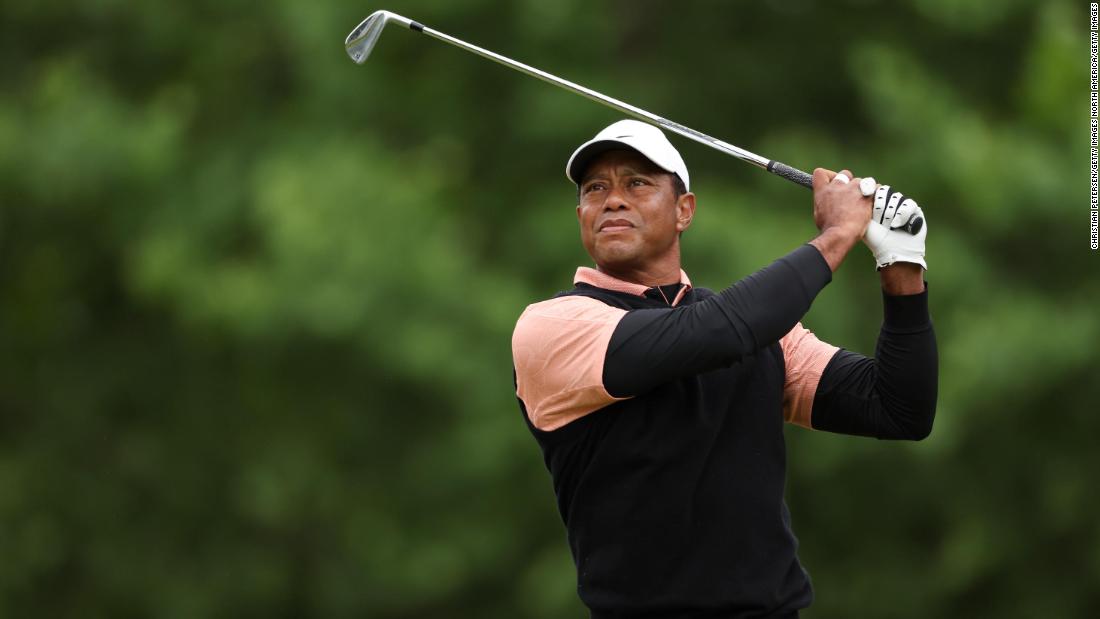 “I previously informed the USGA that I will not be competing in the US Open as my body needs more time to get stronger for major championship golf,” Woods said on Twitter.

“I do hope and plan to be ready to play in Ireland at JP McManus Pro-Am and at the Open Championship next month. I’m excited to get back out there soon!”

Woods withdrew from the 2022 PGA Championship last month after struggling in his third round, carding his career-worst score at the event.

The 15-time major winner played his first tournament in close to 17 months at the Masters in April, after suffering serious leg injuries in a car crash in February 2021.

“Am I ever going to have full mobility? No. Never again,” Woods said ahead of May’s PGA Championship. “But I’ll be able to get stronger. It’s going to ache, but that’s the way it’s going to be.”

Previously, Woods has said that he will play at the Open in St. Andrews, Scotland in July.

The JP McManus Pro-Am is scheduled for July 4 and 5 in Adare, Ireland, and the Open Championship — the final major on golf’s calendar — will be played July 14-17 at the Old Course at St. Andrews, Scotland.

Share
Facebook
Twitter
Pinterest
WhatsApp
Previous articleIndia vs South Africa | Unrealistic to expect players like Rohit Sharma turn up for every series: Rahul Dravid
Next articleSL vs AUS | When Josh Hazlewood is bowling consistent lengths we know how hard it is to face: Aaron Finch