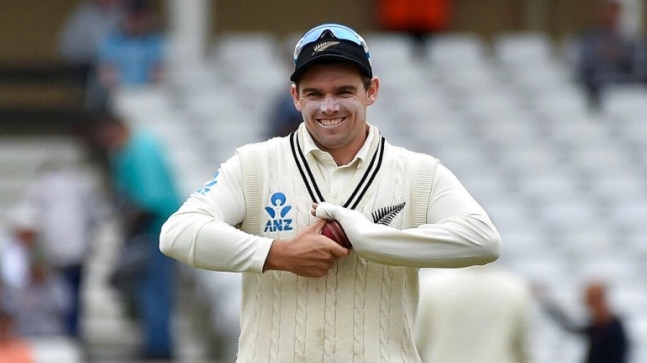 New Zealand wicketkeeper-batter Tom Latham has been named as captain for the ODI series against Ireland, starting on July 10 in Dublin.

All-rounder Mitchell Santner will take over the captaincy from Latham for the series against Scotland and Netherlands. Latham will return to New Zealand along with Henry Nicholls, Matt Henry, Will Young and Jacob Duffy after the ODI leg against Ireland.

New Zealand will play three ODIs and as many T20Is against Ireland, followed by two T20Is and one ODI against Scotland and two T20Is against the Netherlands. The only newcomer in the white-ball squad is all-rounder Michael Rippon.

As part of New Zealand Cricket’s commitment to player and staff wellbeing, regular captain Kane Williamson, Trent Boult, Tim Southee and Devon Conway will return to New Zealand following the conclusion of the Test series against England, with the white-ball tour to West Indies in August their next likely assignment ahead of the ICC T20 World Cup in October.

Our ODI and T20I Squads to face @cricketireland, @CricketScotland and @KNCBcricket in July & August are here!

Shane Jurgensen will head up the coaching team for the Ireland leg of the tour with support from Luke Ronchi and former England international Luke Wright, allowing regular head coach Gary Stead a short break.

Jurgensen and Ronchi will depart post Ireland series, with Stead returning as head coach to be joined by Graeme Aldridge (bowling), Dean Brownlie (batting) and Wright (fourth coach) for the Scotland, Netherlands and West Indies series.

Share
Facebook
Twitter
Pinterest
WhatsApp
Previous articleWimbledon | Hope Serena Williams draws Iga Swiatek, at least someone should stop her a little bit: Ons Jabeur
Next articleT20 Blast 2022: Luke Wright becomes the first batter to score 5000 plus runs in the history of the league