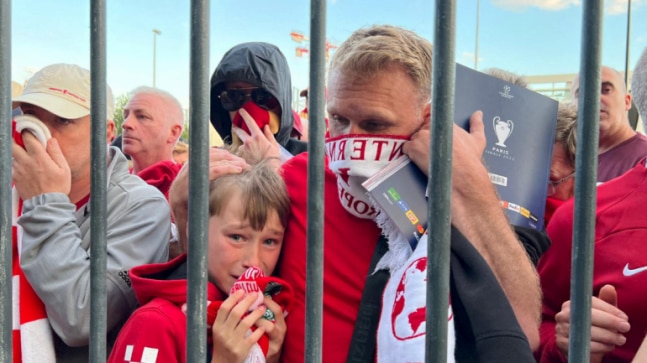 The match was delayed by more than 30 minutes after officers forcefully held back people trying to enter the Stade de France while riot police had also sprayed tear gas on fans, including women and children.

For the first time since the Champions League final last Saturday, the UEFA, the governing body of European football, apologised to the fans who faced the brunt of ticket fraud and crowd trouble in the lead up to the high-octane encounter between Real Madrid and Liverpool.

The Champions League final was delayed by 36 minutes on Saturday as thousands of ticket-holders were stranded outside the iconic venue. UEFA said the delay was due to the late arrival of fans but social media visuals from fans suggested otherwise.

“UEFA wishes to sincerely apologise to all spectators who had to experience or witness frightening and distressing events in the build-up to the UEFA Champions League final… on a night which should have been a celebration of European club football,” UEFA said on Friday.

“No football fan should be put in that situation and it must not happen again.”

While Liverpool fans had maintained they did not create crowd trouble in Paris on Saturday, French police blamed fans of the Premier League club for flooding the capital city without tickets and creating chaos. Britain and France have shifted blame even as the UK Prime Minister Boris Johnson labelled the turn of events in Paris ‘deeply upsetting’ and called for an inquiry.

UEFA outlined its scope as they look to establish a timeline of events, examine operational plans, assess roles and responsibilities and the response to events inside and outside the stadium.

“The Review will engage with UEFA and all relevant stakeholders, including, but not limited to, fan groups… the finalist clubs themselves, general spectators, the French Football Federation, the police and other public national and local authorities, and the stadium operator,” it added.

Real Madrid won the Champions League final 1-0 after the winning goal from Vinicius Junior to deny Liverpool a treble in what had been a spectacular season for Jurgen Klopp’s men.