Want to take things as it come in England, says R Ashwin after turning up for club team in Chennai 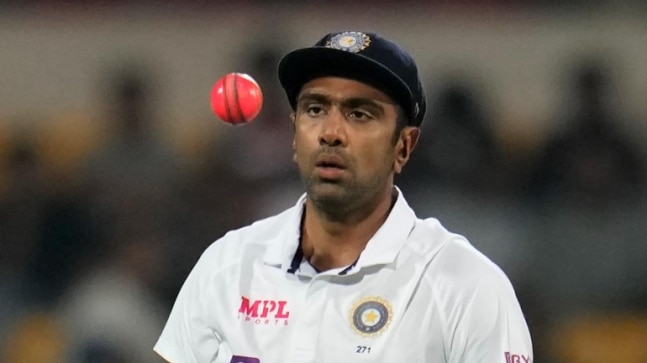 R Ashwin turned up for his club team in the TNCA first division league days after featuring in the IPL 2022 final for Rajasthan Royals. The off-spinner will leave for England for the rescheduled one-off Test, starting July 1.

India spinner R Ashwin said his move to play club cricket in the TNCA First Division ahead of England tour was mainly to get used to red-ball cricket after having played white-ball cricket for Rajasthan Royals in the Indian Premier League (IPL) 2022.

Ashwin turned up for his club team, MRC A in the knock out stages of the TNCA First Division tournament in Chennai, days after finishing his duties with Rajasthan in IPL 2022. Ashwin played a key role in helping MRC A win the Raja of Palayampatti Sheid, helping his side win the semi-final and the final earlier this week.

Ashwin was seen doing vlogs about his team and his return to his college on the outskirts of Chennai where the matches were played.

“The purpose of playing these games (First Division) is to shift from 20 overs to this (red-ball) format…All these things are workload management. As you grow older, you play more and play smarter,” Ashwin said after inspiring MRC A to their maiden TNCA first division title.

“I am trying to do that. I am enjoying my game. I just want to go there (England) and take it as it comes. I feel I can contribute with the bat and bowl well. I want to keep ticking on my fitness and keep working.”

Meanwhile, Ashwin played down the prospect of going past legendary leg-spinner Anil Kumble on the all-time Indian leading wicket-taker in Tests, saying he is not looking too far ahead and enjoy each and every outing for India at the highest level.

Ashwin recently went past Kapil Dev’s tally of 434 wickets and currently has 442 wickets while Kumble is on top of the pile with 619 wickets in the longest format of the game.

Ashwin was not picked in the T20I squad for the ongoing home series against South Africa but he will be part of the squad for the one-off Test against England from July 1. Ashwin will join the Indian camp soon as the Test squad is expected to fly out of the country on June 15.

India will begin preparations for the rescheduled Test with a 4-day practice match against Leicestershire from June 24.

“I have done all these things over the years that I feel I am in a position where I can take it as it comes. I am happy playing the kind of cricket I am playing. I do not want to think too far ahead,” Ashwin said.

Rohit Sharma will return to lead India in the one-off Test while the likes of Virat Kohli and Jasprit Bumbrah, who were rested for the T20I series against South Africa, will also be back in the mix along with fast bowler Mohammed Shami.