Watch: Walking on crutches, Leylah Fernandez determined to make a comeback – The fight in me will continue 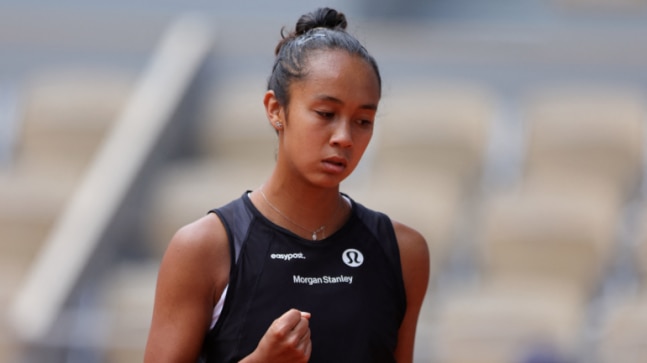 19-year-old Leylah Fernandez, on Thursday, June 9, said that she had suffered a foot fracture and wouldn’t be able to take part in competitive tennis for some time. Last month, the Canadian star lost to 59th-ranked Martina Trevisan 6-2 6-7 (3) 6-3 in the quarterfinal of the French Open 2022.

During the match, Fernandez got medical treatment, but lost the last two sets to concede the match. She was also not able to fulfill her media commitments that day. Fernandez, in the meantime, uploaded a video where she can be seen walking on crutches.

The woman prodigy struggled to walk as seen in the video, but she sounded pretty determined to stage a comeback. She also asked her fans to suggest her some good podcasts or books.

She captioned the video and wrote, “Happy Wednesday! Just wanted to share a life update, unfortunately I fractured my foot. In need of some well wishes more than ever. The fight in me will continue just after some PT appointments. Have any good podcast, show, or book recommendations?”

Earlier, Fernandez’s father and coach, George, confirmed that his daughter wouldn’t be able to play tennis until August due to the injury. It means that Fernandez won’t be taking part in the upcoming edition of the Wimbledon.

Fernandez has a grade three stress fracture on the top of her right foot. Fernandez is currently ranked World No.18 and she played in the final of the US Open 2021 where she lost to British sensation Emma Raducanu.