Novak Djokovic defeated Cameron Norrie in the semi-final of the men’s singles in Wimbledon 2022. After losing the first set, Djokovic came back strong to win the game. 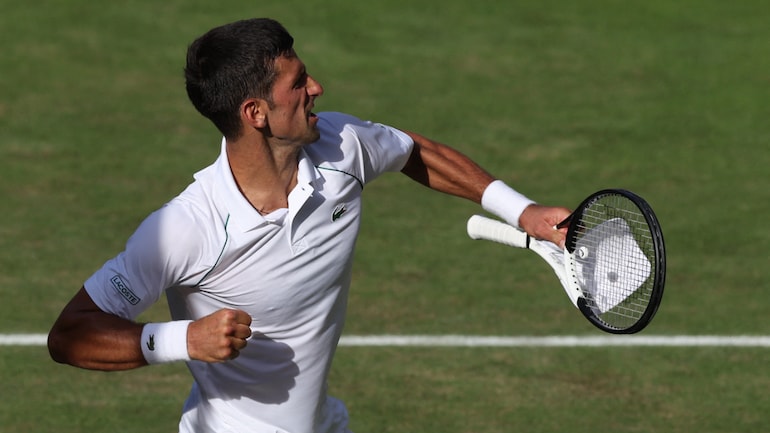 Novak Djokovic came from one set down to win the game. (Courtesy: Reuters)

Last year’s runner up and six-time Wimbledon champion Novak Djokovic stormed into the final of Wimbledon 2022 after defeating local boy Cameron Norrie, 2-6, 6-3, 6-2, 6-4. This was Djokovic’s 8th appearance in the final of the competition and he will be up against Australian Nick Kyrgios in the match, scheduled to be played on Sunday on the centre court.

On Friday, Djokovic shook early jitters and adjusted to Norrie’s low back hands, which had him in trouble early in the game. After losing the first set 2-6, Djokovic made sure that he was strong on the net and made efforts to hold his serve through most of the game.

The win meant that the appearance in the Wimbledon final would make this Djokovic’s 32nd appearance in the final of the Grand Slams, the highest ever in the men’s singles competition in the open era. Djokovic surpassed Roger Federer, who held the record at 31.

Djokovic and Federer were followed by Rafael Nadal (30), Ivan Lendl (19) and Pete Sampras (18) in the list. Nadal could also have had a shot at Federer’s tally, but was forced to pull out after tearing his abdominal muscle against USA’s Taylor Fritz in the quarterfinal of the competition. Nadal refused to pull out from the quarters, and won the game. However, after some light practice one day ahead of the semi-final, he announced that he was not in a position to face Australian Nick Kyrgios.

The Wimbledon title is important for Djokovic, who came in as the favourite to win the tournament after the top two players in the men’s singles competition were ruled out. While Russian Daniil Medvedev was not allowed to participate, and Alexander Zeverev did not participate after breaking multiple ligaments in his ankle while playing the French Open semi-final against Rafael Nadal.