Work off the pitch probably took a toll on him: Paul Merson prays for a strong return of Marcus Rashford 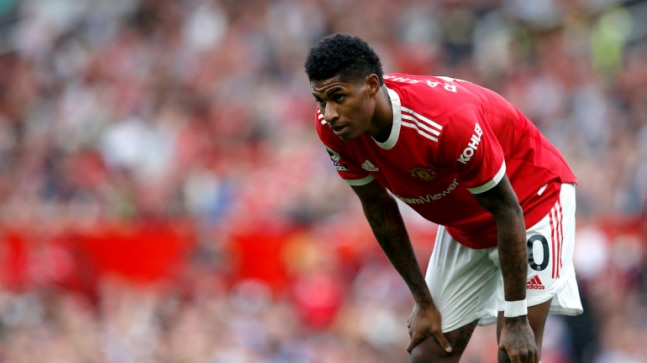 Manager Erik ten Hag will hope for Manchester United players to turn up with their best in their upcoming campaign.

Marcus Rashford has been poor in the 2021/22 campaign for Manchester United. (Courtesy: Reuters)

Former Arsenal player Paul Merson hoped for a strong return for Marcus Rashford in the upcoming campaign for Manchester United. The Red Devils, as well as their top winger, had a terrible run in the Premier League last season. United finished sixth in the league table, with their worst away record in the history of the competition.

Rashford, on the other hand, earned plaudits from across the world for his charitable activities in one of the most difficult times in the history of mankind but was left wanting from his performances.

Merson, who is currently employed as a pundit on British television, said that he hoped for a strong return for Rashford in the next season.

“Marcus Rashford needs to turn up this season for Manchester United. Everything has been plain sailing for him up until recently but his confidence has gone and it’s been hard for him. I’d like to think he’ll be back next season but if he can’t get his confidence back then you start worrying,” Merson said.

He added that the charitable activities might have taken a toll on his mental health, which ended up in a poor patch of form. Rashford scored four goals and two assists in the 25 games that he played in the Premier League.

“All the work he did for good causes off the pitch probably took a toll on him mentally as well. But I’d expect him to bounce back. The new manager might suit him.”

Incoming manager Erik ten Hag has already started the process of rebuilding the squad, with the likes of Frenkie de Jong linked heavily to the Manchester-based side. United have already let go of Paul Pogba, Juan Mata and Jesse Lingard in hopes of starting afresh and possibly would bring in more players as well. United have the need to fix key positions in defence and midfield if they wish to be in running for the Premier League trophy next season.